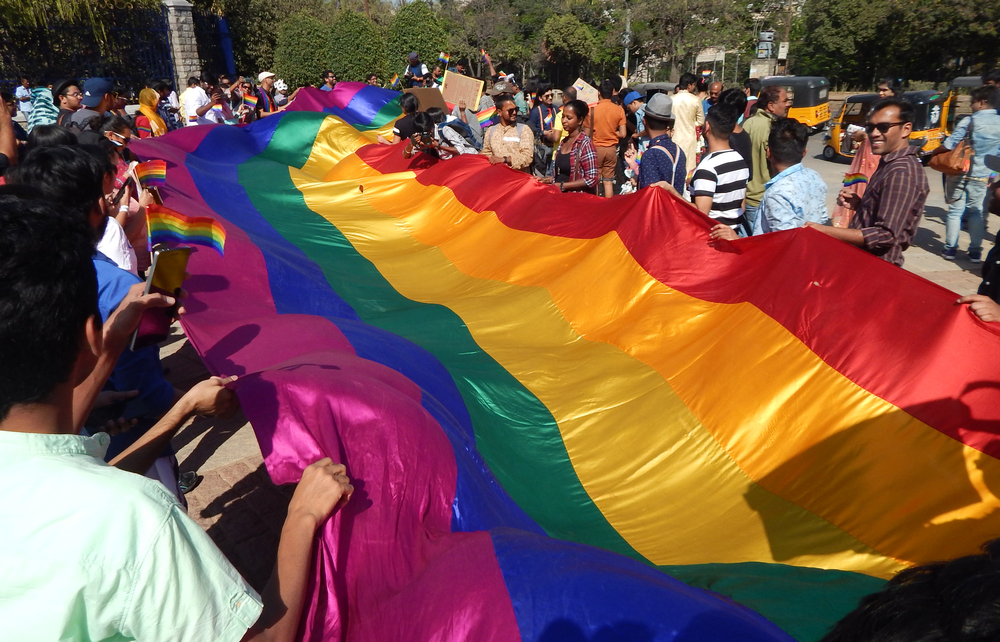 Section 377 was a law enacted at the height of the British occupation in India during the 1850s. It outlawed “sodomy,” along with all other forms of consensual same-sex activity.

Those who were found guilty of violating the law could incur punishments that began at flogging and went up to life imprisonment. Lawyers say that in recent decades, it was rarely enforced in full, but often used to abuse LGBT activists, to deny refugees, and to increase the sentence on queer people convicted of other crimes. It also contributed to an incredibly hostile atmosphere for LGBT youth, as disapproving parents could turn their offspring’s partners in to the authorities in an effort to destroy their relationships.

In 2016, over 2,100 cases were filed and 900 convictions handed down. Activists have been increasingly outspoken about the law’s abuses and have petitioned the government to rescind it.

On Thursday, September 6, the Indian Supreme Court (ISC) struck down the law entirely. This is the latest step in a line of progressive verdicts on the topic. In 2009, the groundwork was laid when the Delhi High Court (equivalent to a U.S. Circuit court) ruled that the ban was a violation of fundamental rights. That was overturned by the ISC in 2013, citing that it was a waste of time and money to repeal Section 377 for the benefit of only a “minuscule fraction of the country’s population” (meaning its LGBT citizens were too few to bother with).

“It was a wrong judgment. It was not legal and it was based wrongly on the tenets of the constitution,” said Colin Gonsalves, a lawyer representing the current group of petitioners.

In 2017, a seemingly unrelated ISC ruling upholding privacy as a constitutional right provided a critical precedent. If privacy was a right, how could private, consensual acts be illegal?

Activists intend to shift their focus to gay rights next, including marriage, adoption, and inheritance.