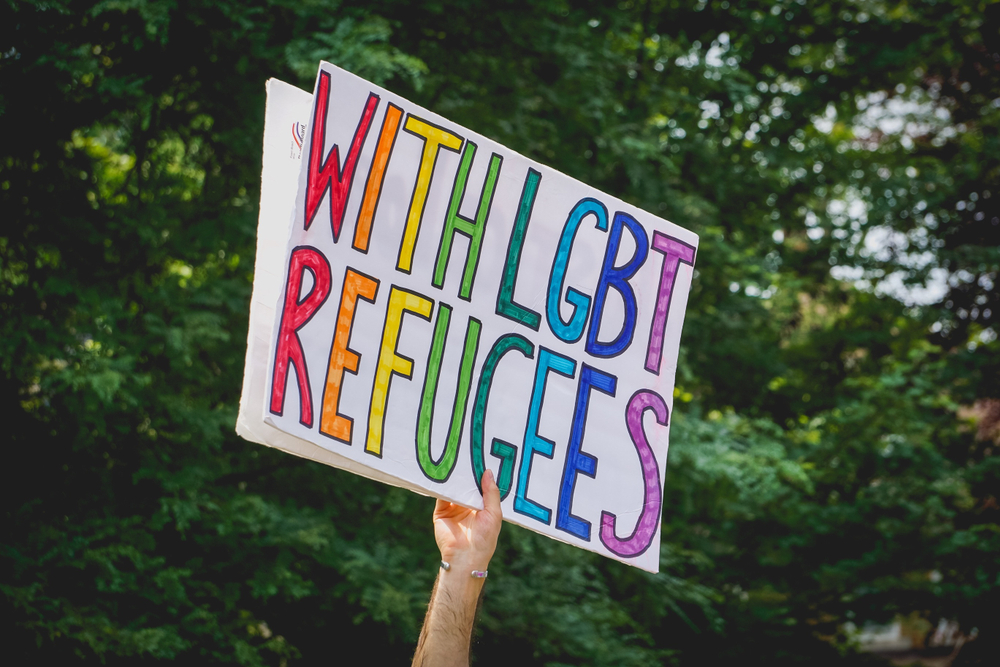 Alireza is Iranian. Kiran is from India. Together, they have traveled thousands of miles in the name of love.

In 2011, Alireza fled Iran out of fear for his own safety. At the time, his country was both carrying out and condoning the executions of men like him: gay men. It was the same year that three anonymous men were hanged in the Iranian city of Ahvaz for “lavat,” otherwise known as sexual intercourse between two men.

He moved to India to be with Kiran, but their relationship was illegal there too, under a law from 1860 that was still enforced in rural parts of the country.

Hoping to find a place they could simply live and love, they traveled to Turkey. They intended to claim asylum, but years passed while they worked through the legal channels, unable to work. Then Kiran underwent medical treatment for mental health (no doubt brought on by the unending limbo), and the two were separated by Turkish authorities. With no valid marriage license, they would not allow Alireza to join him, and Turkey would not allow them to marry.

By then, their case had caught the attention of Rainbow Refugee, a nonprofit immigration activist group located in Vancouver, B.C. On June 28, 2018, the couple got a call from the Canadian embassy in Ankara, Turkey, to schedule an interview and begin the process of relocating to Canada.

With the help of a few members of parliament and several private sponsors, the group moved to have Alireza and Kiran’s resettlement expedited, and at the end of August, the two were brought to Canada. The two were reunited in the airport in Turkey, and flew around the world together to Vancouver, B.C., where they were greeted by their sponsors.

As soon as they have time to settle in, Alireza says, they will get married.

“We are going to start making our life here and experiencing how it is to be free and together,” he said in an email interview with the CBC radio show As It Happens.

The couple’s full names have been withheld for their privacy.