Politician Comes Out on International Day Against Homophobia 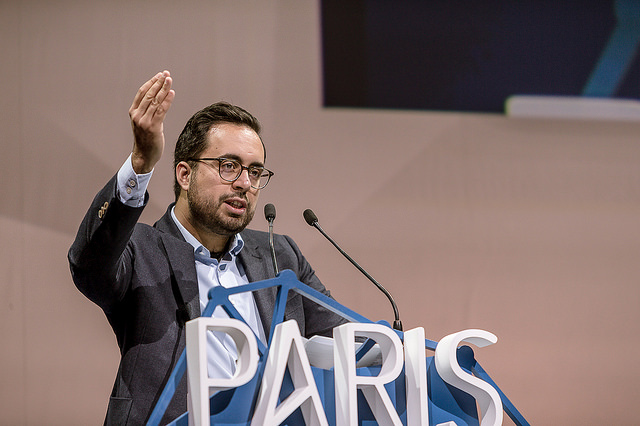 Mounir Mahjoubi, 34, is a part of the new generation of politicians in the European Union.

The son of Moroccans who immigrated to France in the 1970s, Mahjoubi was born in Paris and was raised to pursue his talents. He became a young tech entrepreneur and union lobbyist before he entered politics in 2006, assisting the campaigns of socialist candidates Ségolène Royal and François Hollande before serving as the digital manager of Emmanuel Macron’s campaign team in 2017. Today, he serves as France’s Secretary of State for Digital Affairs.

On May 17th, 2018 (International Day Against Homophobia) Mahjoubi came out as gay.

“Homophobia is an evil that eats away at society, invades colleges and high schools, infects lost families and friends. Worse, it haunts the minds of homosexuals, and sometimes forces us, often, to adapt and lie to avoid hatred, to live,” he said in a tweet (translated automatically).

It was an open secret before (Mahjoubi has previously posted pictures of himself and his partner) but this is an official statement. Its significance stems from the fact that it is rare coming from France’s normally staid public figures.

He says he was inspired to come out because of a recent rise in homophobic violence. The number of hate crimes against LGBT French citizens jumped by 15 percent from 2016 to 2017, according to French gay rights monitor SOS Homophobie. France legalized same-sex marriage in 2013, but they, like the U.S., have seen a recent rise in conservative extremism.

Mahjoubi hopes that his coming out will offer hope and solidarity to LGBT people who still feel the need to hide their lives.

“We have to remember the consequences of homophobia in daily life, notably for the young. It has also had consequences for me,” he said in an interview with radio network France Info.