This Art Exhibition is Changing Asian Attitudes on LGBT Issues 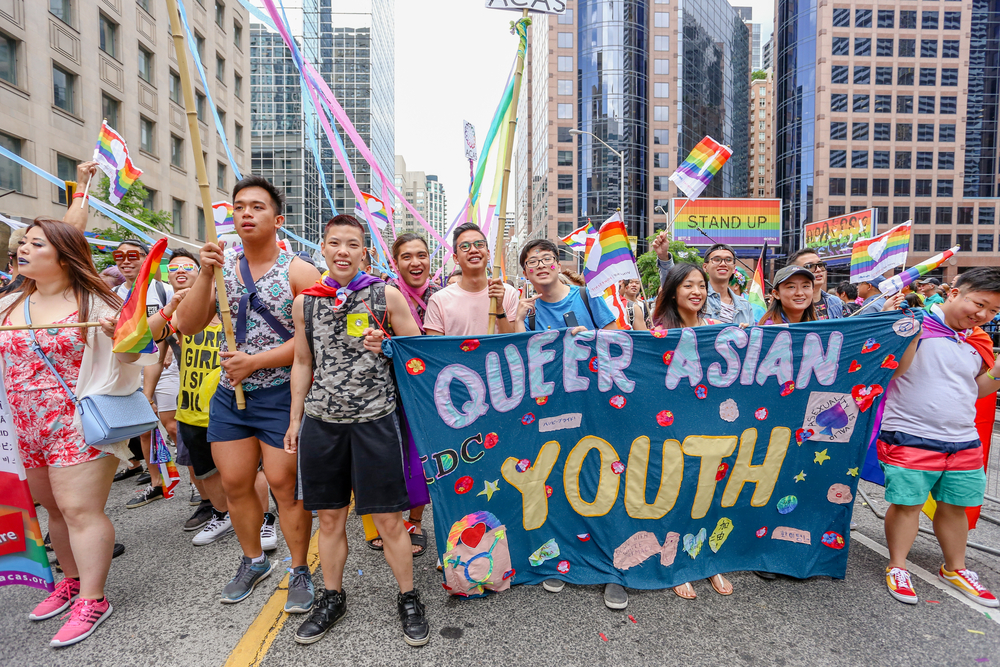 The LGBT community in Asia has made strides forward alongside the rest of the world, but there are still unique struggles there. In the subcontinent, Muslim nations place low or negative priorities on LGBT protections. In China and Singapore, free speech restrictions are often used heavily against LGBT content, especially if it has a sexual air.

Patrick Sun, founder of the LGBT Sunpride Foundation, is on a mission to address government passivity on queer issues. His weapon of choice? An art installation.

Sun’s LGBT-themed art show, called “Spectrosynthesis,” is a collection of paintings, videos, and installation art. About 50 pieces by six ethnic Chinese artists, he wants it to tour as many Asian regions as he can reach. But there’s one condition: the collection will only visit government-run museums and art galleries. By putting his show in official spaces, he generates at least a breath of passive government support for LGBT rights.

The exhibition opened its first showing in Taipei, Taiwan on Friday, September 8th. Taiwan started the process of legalizing same-sex marriage in May, making them the first Asian nation to do so. “Spectrosynthesis” is already attracting a sizable crowd there, both of locals and tourists, and will run into November.

Next will come Bangkok, Hong Kong, and Tokyo over the next ten years.

“Even though you see parts of Asia that aren’t too friendly toward LGBT, I’m still optimistic,” said Sean Hu, the exhibition curator. “Equal rights for LGBT people is correct and the overall direction is one of more equality. Someday we will get there.”

Someday soon, hopefully. Sun has contacted museums in many Asian countries, and while few have given him concrete dates, none have given him a refusal, either.

The most important thing about this exhibition, of course, is the queer audience it is meant to inspire. Youths and those who have lived a long life under the pressure of an unaccepting society will attend and see themselves reflected in the oils and testimonials. It’s a powerful example of how art can help build a community.