Using Art as a Form of Resistance 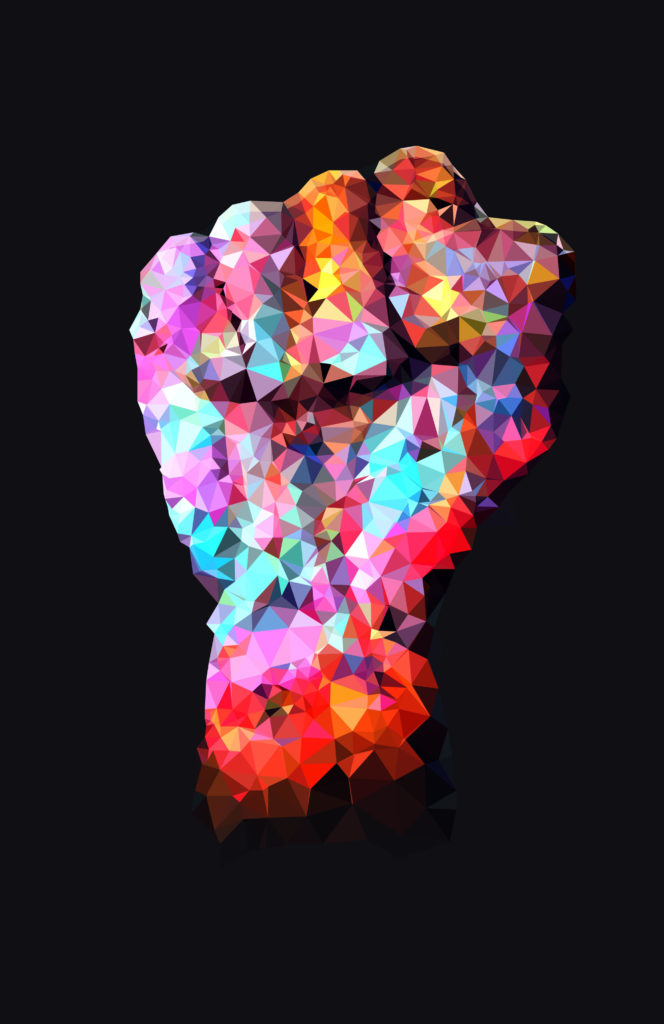 Now more than ever, the creative world is showcasing its best when it comes to fighting injustice and performing acts of resistance. Artists are increasingly using their work to explore questions of politics, justice, ethnicity, and race. Whether it’s Angélica Maria Millán Lazon’s feminist declarations, CVLLEJERX’s statements about cultural diaspora, or the experiences of undocumented artists like Myisha Arellanus, visual artists in particular are expressing their resistance and daring to tell it like it is.

Angélica Maria Millán Lazon’s work, in particular her PNCA senior presentation Engendradxs, uses her experiences as a Colombian immigrant—as well as the experiences of other women in her family, including her aunt and grandmother—to make a statement about feminist power and its intersection with the immigrant experience. The combination of fabrics, video, and visual art hit on a variety of thematic elements having to do with resistance and experiencing one’s ethnic identity.

Lazon has also expanded her work as the co-founder of CVLLEJERX, which merges fashion, performance, and poetry to tell broader stories about second generation immigrants and their experiences with colonization and cultural diaspora. According to the organization’s website, CVLLEJERX believes that by “choosing what we wear, what we say, and how we move, we are amplifying ourselves with tools accessible to us.”

“I use painting to communicate what I feel strongly about,” visual artist Myisha Arellanus told Mendoza. “English as a second language has helped influence that. I’ve used art since middle school to flush out the things that poison my body and mind.”

Myisha’s art focuses on borders in general—but specifically her experiences and the experiences of other immigrants trying to cross borders into the United States.

Guadalupe Yolteotl Valtierra-Prieto, another artist who spoke with Mendoza, uses art as “a bridge to indigenous wisdom.” Her connection to Mexican cultural traditions that were all but destroyed after the conquistadors entered the country have inspired her to use her own menstrual blood to create images honoring what was lost—or hidden.

“I exist even though you have torn my people apart,” Valtierra-Prieto says. “I have access to that which you think you destroyed. Creating with my blood transports me to a ritual space with my ancestors.”

Finally, Los Angeles-based contemporary art gallery Gas has made it a mission to exhibit art acting as resistance. Their current exhibition, “Fuck the Patriarchy” (running through November 18) collects artwork from Roy Martinez, Gallery Y2K, and many more to explore refusal and hope in the aftermath of the most recent US presidential election. Whether it’s Cristina Victor’s symbolism via flags, Jibz Cameron’s satirical video “D-Bag Makeup Tutorial for Life Under Fascism,” or the antifascist writings of the YERBAMALA COLLECTIVE, the exhibit offers viewers a wide variety of thoughts on resistance and identity.

These and other works of art being produced every day show an increasing interest in how and why we resist—and what that says about the state of our world and the people in it.