Art and the Immigrant Experience 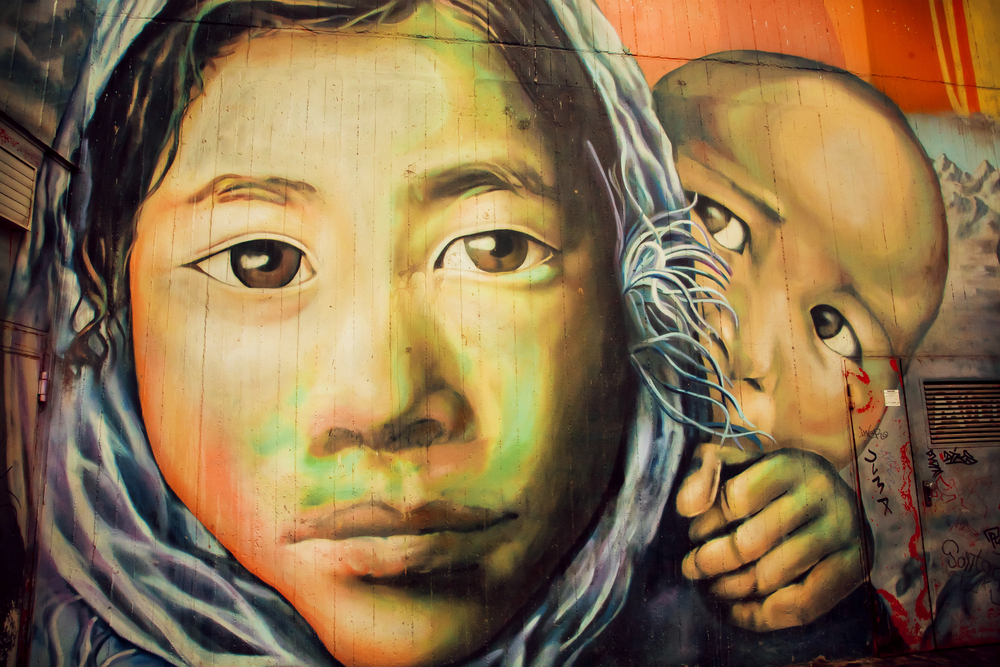 Being an immigrant is a fraught situation, particularly in this day and age. So it’s no surprise that many immigrants turn to art as a way of expressing their experiences and giving voice to their fears—and triumphs—as outsiders in their adopted communities. Several recent art shows have focused on these ideas through the mediums of fiber arts, photography, and multimedia installations.

Recent PNCA graduate Angélica Maria Millán Lozano, a fiber and performance artist originally from Colombia, has used her work to explore her ancestry and issues of social injustice against Latinas. Her piece Engendradxs, for instance, features portraits of her aunt and grandmother on their backs, accompanied by velvet capes that look like trains of flowers. In another project component, six smartphones mounted on the wall play videos of the artist leading a group of people through Portland, Oregon, chanting, “emancipated queens.”

Further east in Omaha, the New American Art Festival recently featured refugee and immigrant artists as part of its Benson First Friday event. Many of the artists involved were professional artisans in their home countries—Nepal, Syria, South Sudan, Afghanistan, and Cameroon. The festival gives them the opportunity to tell their stories as well as being put in touch with resources to develop their artistic careers.

“We want to show these new Americans that their work is valuable to the community,” said outreach specialist Brittany Steigner.

And in the art mecca that is New York City, an exhibit that originated at the San Jose Museum of Art, Border Cantos, raised difficult questions about violence at the U.S.-Mexico border. A joint venture of artists Richard Misrach and Guillermo Galindo, the photographs and music (played on instruments made out of debris from the border), evoked unease and anger in viewers regarding the treatment of immigrants in that area. The imagery of the Arizona desert bisected by man-made structures and other items—including human-shaped targets and piles of empty bullet casings—spoke volumes about potential social justice concerns.

These are just a few of the exhibits exploring the often turbulent immigrant experience here in the U.S.