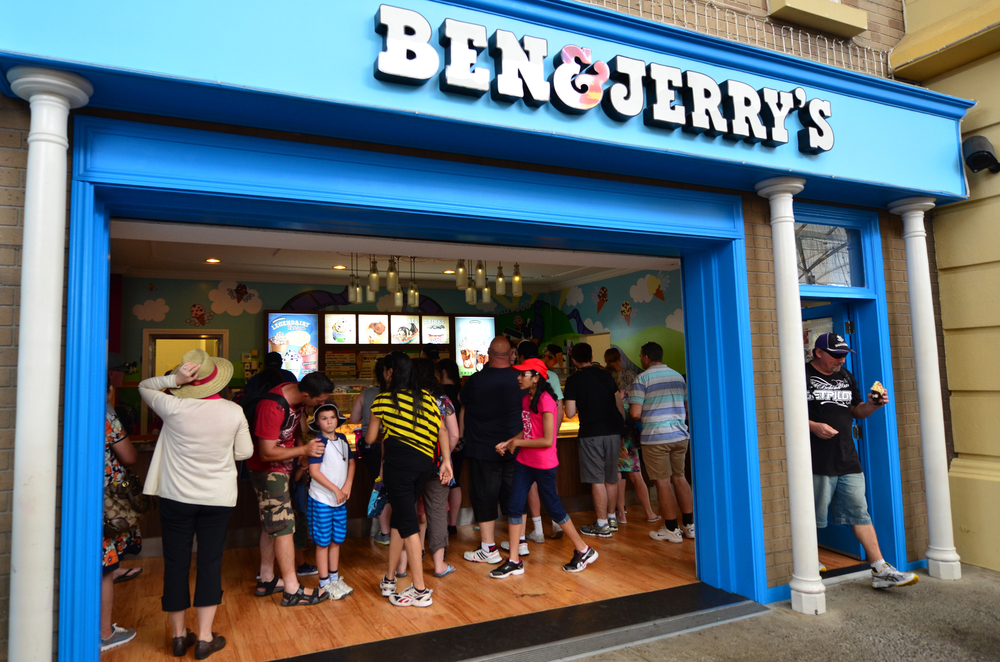 Ben & Jerry’s has taken a stand against Australia’s same-sex marriage ban. The ice cream manufacturer is banning same-flavor scoops in all 26 of its Australian locations until gay marriage is legalized.

The announcement sent Twitter ablaze, with some claiming that Ben & Jerry’s ought to “stay out of politics.” Others commended the company for supporting gay marriage. And then there were those who questioned the effectiveness of the ban, claiming that if Ben & Jerry’s truly wanted to make a difference, they should have made a financial contribution to a gay rights organization.

But what many people failed to realize is that it was about the metaphor more than anything else; some people prefer two scoops of the same ice cream, others prefer to mix and match their flavors. And while both preferences are perfectly fine, we can all agree it would be absurd to force your flavor preferences onto someone else.

And as for the haters out there, Ben & Jerry’s claims that their position on gay marriage is “anything but news.” The company released the following statement to Fox News:

“In 1989, Ben & Jerry’s was the first major employer in Vermont to offer health insurance to domestic partners of employees. Since then, flavors were renamed to remind everyone that love is love: The UK scooped out Apple-y Ever After, Ireland had an EngageMint Party, and Chocolate Chip Cookie Dough became I Dough, I Dough when the U.S. Supreme Court handed down its momentous decision on marriage equality in 2015. The company has spent nearly 40 years fighting for civil rights and social justice, including LGBTQI rights and marriage equality.

And while the marriage equality decision was groundbreaking in the U.S., Ben & Jerry’s sees more work to be done to ensure equality for everyone, regardless of who they are or whom they love. The company continues to ask its fans to support legislation to end discrimination (such as the Equality Act), support the Human Rights Campaign’s equality initiatives, and to have meaningful conversations with others and take action in support of equality for everyone, everywhere.”