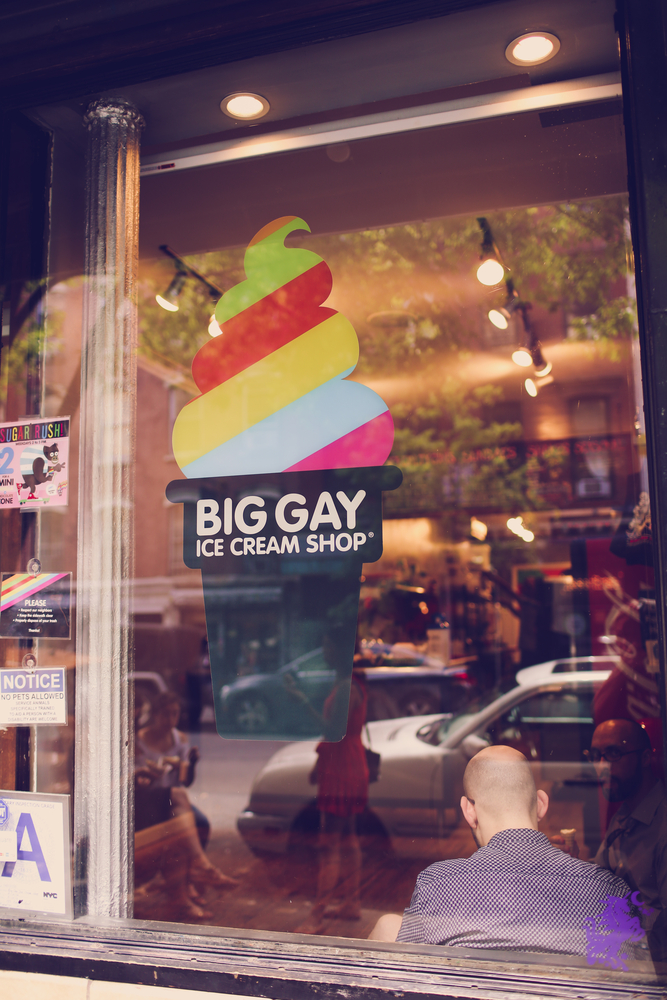 Founded by Douglas Quint and Bryan Petroff, the ice cream parlor backs up their schtick with themed treats available in both soft- and hard-serve. Confections include dipped cones and milk shakes, all made in-house. They’re a vibrant, colorful place to eat, and according to the Village Voice, “an ice-cream powerhouse” of New York City. Where else can you order a Salty Pimp with rainbow sprinkles?

They’re putting some of that power to work this winter. Since 2009, they’ve been teaming up with the Ali Forney Center, an NYC institution of support for homeless LGBT youth. Together, they’re holding a clothing drive. It’s a hard time of year to be homeless, and LGBT people under 21 make up a distressingly large percentage of those out on the streets. The drive will provide warm clothing to those sleeping rough, but their focus is slightly different.

According to the shop’s Instagram, they are specifically trying to help get LGBT youth jobs, to aid them in getting off the street for life.

“We are looking for clothes that a young person would wear at work or to an interview. Stop by one of our New York locations with your new or gently used (and laundered) professional wear (dress shirts, pants, skirts, shoes, suits, dresses, briefcases, etc),” says the post, written by the shop owners. A lack of access to clean, professional clothes is just one of the many barriers against the homeless finding new employment.

Drop off your donations at the Big Gay Ice Cream Shop through the middle of January or at the Ali Forney Center any time of year.