Why You Should Treat Bigotry With Kindness 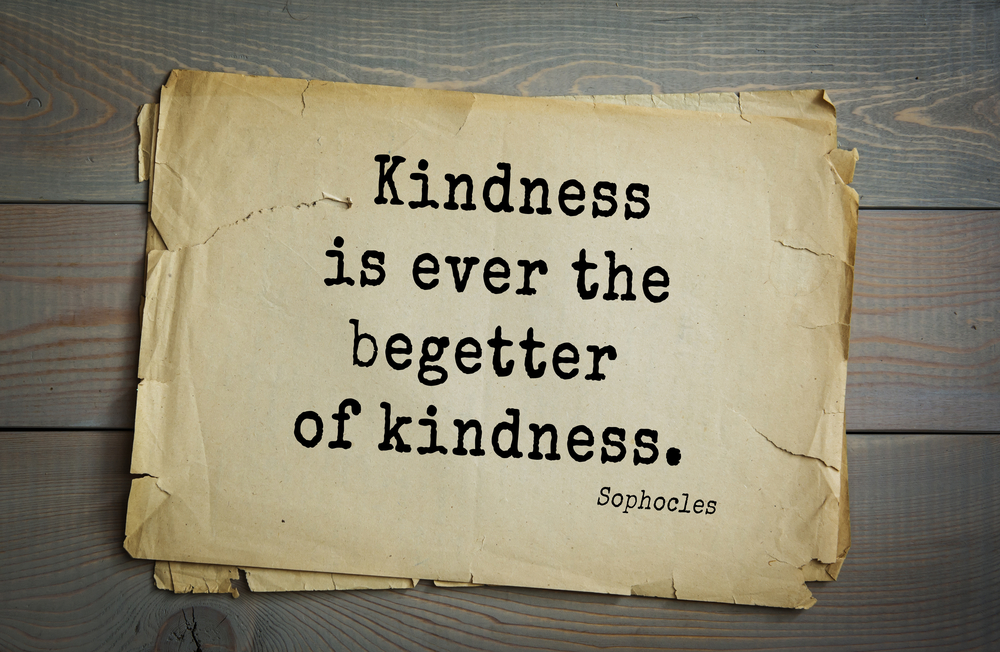 It sounds like an oxymoron, but responding to bigotry with kindness can actually inspire the kind of change you want to see in the world. Case in point: Natalie Elle Woods.

Woods made headlines when she decided to pick up the tab for a homophobic family. Woods, who is a lesbian, was eating dinner at Snuffer’s Restaurant and Bar in Addison, Texas when she overheard the table next to her using homophobic language.

According to Woods, the family was discussing how disgusted they were with their “liberal” nephew who had recently come out as gay. The family was also overheard saying that they would “pray to Jesus for a cure.”

The comments immediately angered Woods, who is both liberal and gay. While her initial impulse was to confront the family directly, she thought the better of it and decided to hold her tongue. She remembered the kind words of Michelle Obama, “When they go low, we go high.” That’s what inspired Woods to pay for the family’s $49 meal instead.

“Happy holidays from the very gay, very liberal table sitting next to you,” Woods wrote on the receipt. “Jesus made me this way. P.S. Be accepting of your family.”

Woods posted a picture of the receipt to her Facebook page and it didn’t take long for it to garner more than 300 shares and 2,400 likes. Woods, who used to work for the Human Rights Campaign, believes that “small acts of love” can be just as effective as protesting.

“It’s time myself and the people of this country defend each other, defend minorities, defend people of all races and religions,” Woods told the Huffington Post. “Sometimes it starts with small acts of love, sometimes it’s protesting in the streets, voting, lobbying, or running for a local office.”

While it’s unlikely that her act of generosity changed the family’s beliefs about gay rights, at the very least it gave them a moment of pause. And that’s okay, because sometimes that’s all that people need. Sometimes they just need to stop and think about how their words and actions impact others.