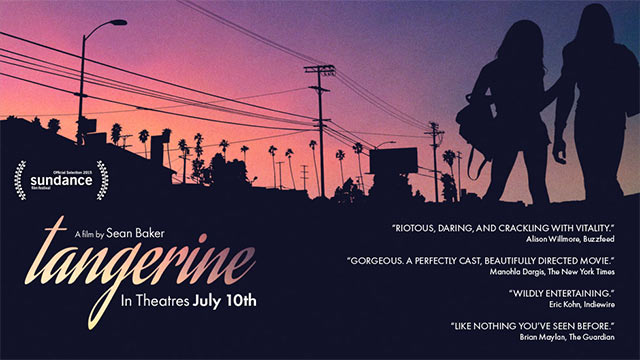 It’s been a difficult summer for the LGBT community. If you need to take a break from dark news and real life, here are a few movies good for laughs

This is a comedy-drama about the relationships of a transgender sex worker. Shot entirely on smartphone cameras, it doesn’t look like most comedies, but it did well at Sundance in 2015. Kiki Rodriguez and Mya Taylor, both transgender actresses, take the lead role. While this movie explores difficult topics it tells the story with a delicate touch and human touch. | TRIGGER WARNING: Sex work, Pimping.

D.E.B.S. (2004)
Another Sundance graduate, D.E.B.S. was expanded into a full-length movie. This film lies somewhere between Charlie’s Angels and Kingsman in tone, and all of the girls love girls. A parody of ensemble spy movies, it hits all the tropes you expect, and is all that much more enjoyable because it does it with an eye that’s in tune with LGBT culture.

Wedding Wars (2006)
This romantic comedy staring John Stamos and Eric Dane takes a lighthearted stab at the long-running stereotype of the gay wedding organizer in the time before same-sex marriage became legal. The plot culminates in a nationwide queer strike to illustrate the size and familiarity of the LGBT community.

This Paul Weitz film is a road-trip comedy-drama, heavy on the drama. It tells the story of a counterculture grandmother and rebellious teenage granddaughter crossing the country together to figure out their loves. Grandmother Elle, played by Lily Tomlin, is a lesbian freshly bereaved by the death of her life-long partner. Together, the two women confront their problems and learn how to go home. | TRIGGER WARNING: Abortion.

Saving Face (2004)
Alice Wu directed this film that tells a story as much about being Chinese-American as it is about queerness. It has the usual early-2000s will-they-won’t-they dance about coming out, framed by the main character’s relationships with her family. The ending is predictable—a big public kiss—but it is deeply satisfying.