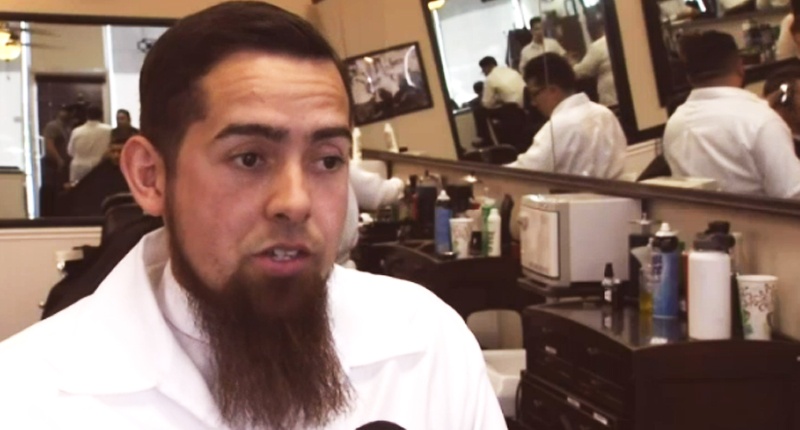 A transgender man named Kendall Oliver, who uses the gender-neutral pronoun they, plans to sue a barbershop in Rancho Cucamonga, California for denying them service.

Oliver had made an appointment there, but after arriving, was told that The Barbershop (the name of the establishment in question) did not cut women’s hair.

Oliver, who is a sergeant in the U.S. Army, wants to seek legal action under California’s Uhruh Civil Rights Act, which prohibits businesses from discriminating based on sex, sexual orientation, or gender identity. Under this law, it seems that The Barbershop can’t turn away women any more than it can turn away transgender men.

Richard Hernandez, the owner of the shop, is a member of the Church of God, and believes that women should have long hair, which is the basis of his refusal to cut hair for women.

In an interview, he regularly referred to Oliver as “she” instead of they or even he. When confronted with the fact that Oliver is a transgender man, Hernandez said that it didn’t matter.

Not only did Hernandez refuse to cut Oliver’s hair, in doing so he denied their right to be identified as the gender they identify as, which is a common problem at the root of many transgender rights cases around the country.

Kendall Oliver’s gender is up to them, it’s not something to be determined by other people, and not something those people have a right to determine. By refusing them service, The Barbershop was discriminating against Oliver twice over, by refusing to acknowledge their expressed gender, and refusing to serve them for their perceived gender.

At this point, Oliver is not sure exactly how they will proceed on the legal side of things, but they do have support from Americans United for Separation of Church and State, a non-profit group that has supported a number of gay and lesbian couples in recent discrimination cases.