Mark Hamill Is Okay With Luke Skywalker Being Gay 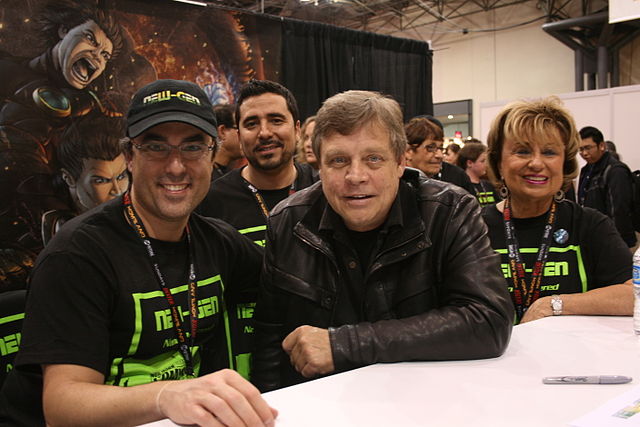 Mark Hamill at New Your Comic Con 2011 with the creative team from NEW-GEN. Photo: Postky |Wikimedia.

“If you think Luke is gay, of course he is,” said Mark Hamill, in an interview with The Sun.

That sentence doesn’t look like a big deal, but it’s a big deal.

Anyone who’s been in the Star Wars corner of nerdom for a while might remember that LucasArts’s former stance on homosexuality was that it did not exist.

Six movies, several hundred novels, comic books, and children’s books and spin-off series, and only once were a gay couple allowed past the censors. One Star Wars: Expanded Universe author got away with hinting, but she wasn’t allowed to actually confirm on-page or off.

Maybe no one else could blow that door open like Hamill did. After all, if there’s any single actor in the franchise that Disney can’t afford to alienate, it’s the actor who created Luke Skywalker.

And indeed, the Star Wars media machine seems to be on his side. A few days ago in an interview with The Daily Beast, director JJ Abrams said it would be counterintuitive not to have gay characters in new expansions to the Star Wars universe.

Abrams has already brought more diversity to Star Wars than it’s ever seen before, with two men of color in lead roles in the new movie, Star Wars: The Force Awakens.

His statements recently have fueled fan hopes that those two characters, Finn the former Storm Trooper and Poe Dameron, ace pilot, might appear together in the two upcoming films.

While a certain faction of old school fans are calling for blood over Hamill’s comments, they need to remember that Skywalker only kissed one woman in the original movies: his own sister. So they might not want to stake his sexuality on that.