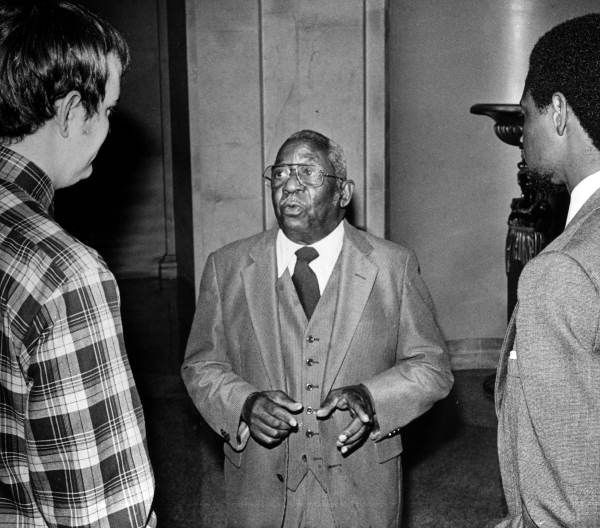 Lakeland lawyer Larry Hardaway organized an event in Lakeland recently as a vigil for the late Virgil Hawkins, a respected civil rights pioneer in Florida.

Hawkins’ story begins in 1949, when the then 43-year-old’s application to the University of Florida’s Levin College of Law (which boasts impressive legal alumni such as U.S. Ambassador to Egypt Lucius D. Battle, Florida Senator Dan Gelber, and former U.S. district attorney Kendall Coffey) was rejected because he was black.

After Hawkin’s rejection in 1949, the NAACP Legal Defense Fund waged a year-long legal battle to grant Hawkins admission. This eventually led to a 1957 Supreme Court decision to force Florida to admit Hawkins, though the state Supreme Court ignored the ruling and did not follow through on enforcing it.

Eventually, this led state officials to agree to integrate Florida’s colleges and universities, but on the condition that Hawkins withdraw his application. He happily did so.

Withdrawing his application didn’t stop Hawkins. He eventually earned his law degree out of state and obtained his license to practice law in Florida in 1977 at the age of 69. His solo practice served the poor and under-represented in Lake County.

“The Virgil D. Hawkins Story” was a multimedia presentation featuring historical recordings and interviews with his relatives and former colleagues. It was held at the Branscomb Auditorium at Florida Southern College. The gathering was meant to commemorate Black History Month.

Larry Hardaway is a member of two law organizations that are named after Hawkins—one statewide and another that formed in 1989 in Polk County. Hardaway also noted at the event that the Virgil Hawkins Bar Association and the 10th Judicial Circuit held a tribute to Hawkins in 2010.