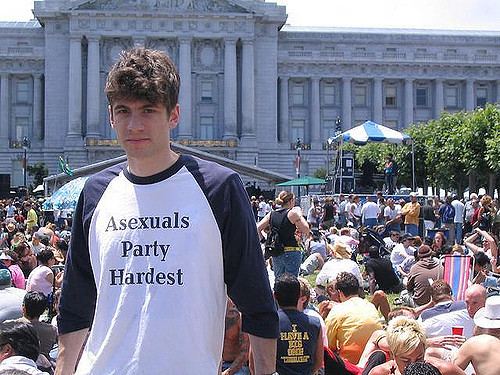 There’s just one thing that all asexuals have in common. They don’t experience sexual attraction to other people. The problem is—a lack of a thing is a difficult thing to define. Some ace folk have libidos, some don’t. Some are romantically interested in other genders, in their own gender, or in no one at all.

There’s no checklist, no test to take and get your ace score. Sorry, there’s no easy way to draw a box and say ‘This is what asexuality is and I am / am not in this box.’ But there are relatively common experiences. Here are a few:

You don’t think much about sex. When you’re thinking about someone you really like or find aesthetically appealing, sex usually isn’t on the list. Cuddling might be, or some other romantic physical activity, but you’re not undressing them with your mind.

You never understood the difference between attractive and hot. Don’t both just mean good-looking?

You realize that when other people talk about all the sex they’d like to have, they’re not joking. It felt like a joke, because it was so far outside your sphere of interest, but you have that moment of realization that they really do mean it, and feel alien for a moment because you didn’t understand.

You’re curious about sex, but you’re just as content to look up the details, as you are to experiment yourself. Doesn’t matter what the act is, someone’s written it, and that’s better than trying it out.

You see sex on television and just kind of feel embarrassed for the actors.

If any part of this list resonates, that doesn’t put you in the ace box either, but it’s worth a little more self-examination. And remember, never forget, asexual isn’t broken, and it doesn’t mean a lonely life.