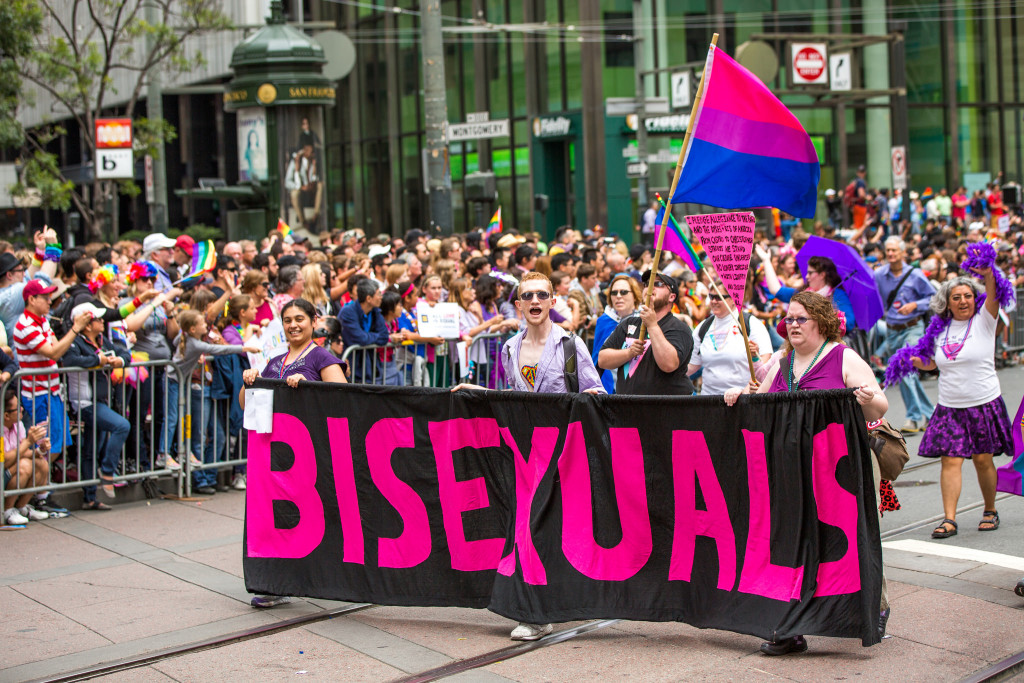 Bisexuals are becoming increasingly vocal and challenging the prejudice and ignorance that forms the limited and damaging definition created by mass media. Photo: Thomas Hawk | FlickrCC.

Silva from Skyfall. Frank Underwood from House of Cards. Humbert in Lolita. Every evil vampiress ever. Catherine from Basic Instinct. All the women from Deep Space Nine’s evil Mirrorverse. The list goes on and on. If you’re bisexual in media, it’s because you’re insatiable in all your appetites, not because you’re simply attracted to men and women. Blood, money, sex, pleasure, power, the Depraved Bisexual wants it all, and they’ll do anything to get it.

Often, these are the characters that get pointed to when LGBT populations say they’re still under-represented. And while representation is improving for gay and lesbian characters, the trope of the Depraved Bisexual (or DB) has also been on the rise.

An analysis of this year’s TV and movies reveal that while the issue is slowly still escalating in numbers, so is positive representation. One example is Callie from Grey’s Anatomy, whose bisexuality is only a part of her life, a broadening of her dating pool. But there aren’t many examples so solid to pull up.

The old stigmas about bisexuality are still a part of this whole equation. Bisexual women are doing it to tantalize men or out of greed, and bisexual men just aren’t ready to admit they’re actually gay. In either case, the message is: Don’t Trust Them. In surveys, an unpleasant percentage of lesbians claim they would never date a bisexual woman on the assumption that they’d go back to men sooner or later.

As to why this matters? It’s simple. Bisexual people make up the majority of the ranks of the LGBT. They are less likely to be out, because of the stigmas, and the trope only furthers that pain.