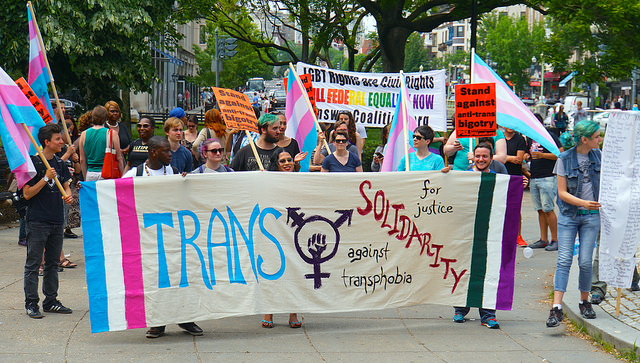 November 20th is the Annual Transgender Day of Remembrance, a day to remember the names of trans people who have died in the past year to violence. It is a somber day—every year, there are more names to read.

Trans people are as much as seven times more likely to face violence in their life than cis people, from sexual assault to murder. But the most deadly problem the transgender population faces isn’t that extraordinary threat of outside violence. It’s suicide.

Between 41 and 78% of transgender people report having attempted suicide, a number that does not factor in those who have succeeded. It is the single most likely cause of death for a trans person.

And while suicide hotlines of various qualities and authorities are everywhere, for far too long there was not one that focused on this population which was so very much in need.

Mainline suicide hotlines, even those with stellar training programs and the power and resources to offer true support, were not trained or equipped to deal with trans people in crisis. Callers reported being hung up on or simply referred to an emergency room when they revealed their status.

At best, they were left talking to a person who could not grasp a large part of the personal and social landscape that had led the caller to crisis in the first place.

Greta Martela was one of those callers. She was referred by a confused suicide hotline volunteer to an ER, where she then had to explain her body and her life to strangers while she was at her most vulnerable. Martela, then a software engineer, wanted to make it so that people like her had options, had the ability to reach out to someone who could understand.

So she founded Trans Lifeline, a hotline to connect callers to trans volunteers, whether those callers are in crisis themselves, volunteers from other hotlines seeking to educate themselves or (she particularly hopes) parents of children who may be transgender and trying to understand what they are going through.

“Getting them good resources could spare their child a lifetime of pain,” says Martela about those parents. She never wants those children to have to call her hotline in crisis themselves.

Now nearly a year old, the organization’s non-profit status is still pending approval and it operates on a shoestring budget.