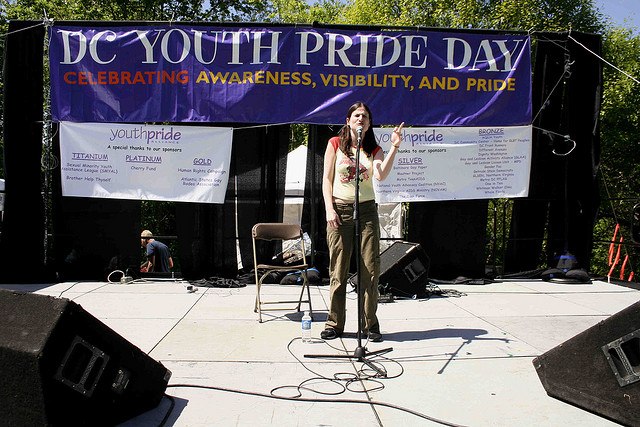 A United States government report, backed by the Obama administration, says that the practice of “conversion therapy”—efforts to “convert” LGBT youth to heterosexuality—must stop. The therapy is dangerous and poses significant risk and harm to LGBT-identified youth and should be banned.

“We believe that conversion therapy for young people is not in their best interest, and the facts and the evidence supports that,” said White house senior adviser Valerie Jarrett. She hopes that the practice will be banned; as it stems from the misguided belief that homosexuality is a mental disorder, which can be cured.

The report, put forth by the Substance Abuse and Mental Health Services Administration, provides several steps to end conversion therapy for minors, including steps to decrease LGBT-based discrimination and offering better training for healthcare providers. Conversion therapy is already banned in four states. 21 other states have pending legislation.

“It’s not our job to tell parents how to raise their children. But it is our responsibility to provide parents with the scientific evidence necessary in order for them to make the best possible decisions when raising their children,” Jarrett added.

It doesn’t help that the people who promote and offer conversion therapy are often not actual medical professionals, but are frequently affiliated with religious institutions. And because LGBT youth are far more likely to have anxiety, depression, or suicidal thoughts and tendencies, conversion therapy staff may not be able to help.

The report makes it very clear that to put a child through conversion therapy is nothing short of child abuse. It’s also a medically discredited choice, and they have been rejected by every single mainstream medical and mental health organization the nation over.

Many right wing and religious groups endorse conversion therapy because they believe that individuals can change their sexual orientations through prayer or other religious intervention, but there is no reputable research that proves this to be true. However, research shows that conversion therapy camps are more likely to harm a youth than to help them—it is time to dismantle these camps and the ideas they promote.