Lawyers Getting $1.9 million from Michigan in Gay Marriage Case 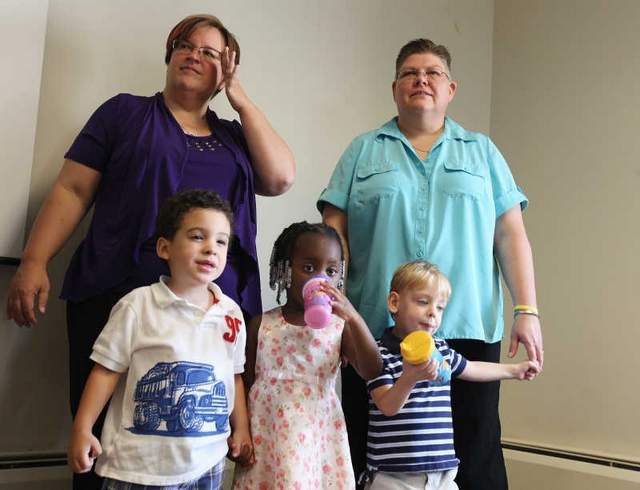 Lesbian moms April DeBoer and Jayne Rowse, from suburban Detroit, announced their challenge to Michigan’s constitutional ban on same-sex marriage with their three children at a news conference. Photo: LGBTWeekly.

The state of Michigan has agreed to pay $1.9 million to the lawyers who have won a landmark gay marriage case at the US Supreme Court. The Michigan case was one that led to the legalization of marriage equality for every state in the United States.

The lawyers were fighting for a Hazel Park couple Jayne Rowse and April DeBoer who went on to challenge Michigan’s own ban on gay marriage and it’s restrictions on joint adoption.

One of the four main lawyers defending the couple, Carole Stanyar said, “The fee (law) was enacted to empower and encourage the vindication of civil rights. I do feel empowered and very encouraged so I guess the law is working as Congress intended. If our case motivates young lawyers to stand up for people and do the right thing, that would be great.”

The couple was legally married in August after winning their lawsuit in June when the US Supreme Court legalized same-sex marriage in the US, which was a result of the couple’s lawsuit as well as others in Ohio, Kentucky and Tennessee. The same judge who struck down Michigan’s marriage ban in 2014, Federal Judge Bernard Friedman, performed the ceremony.