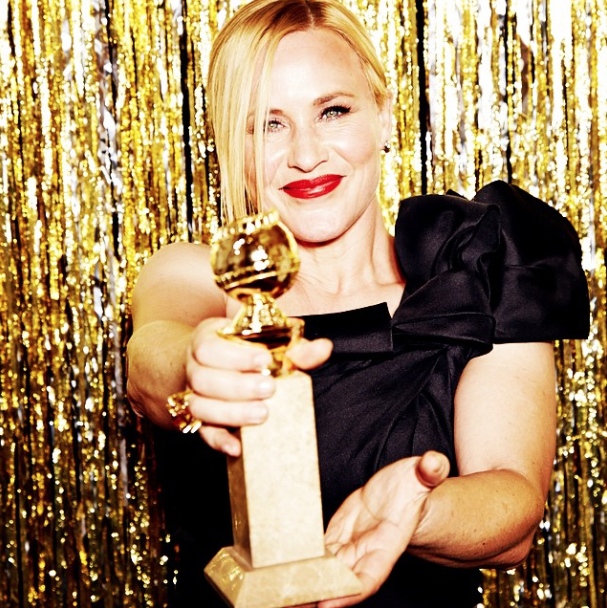 On Sunday night, Patricia Arquette used the biggest awards show in Hollywood as a platform for speaking about women’s equality. The 46-year-old actress made the case for wage equality during her Oscars acceptance speech, saying “It’s our time to have wage equality once and for all, and equal rights for women in the United States of America.” This was a powerful, emotionally-charged moment in which women at the show and those viewing at home could see themselves and their struggles placed at the cultural forefront.

Arquette won best supporting actress category for her work in Boyhood. Everyone had assumed she would do the charming shtick during her acceptance speech that she and many usually do at these events, but she had on her stern librarian glasses and fierce black and white pantsuit. She was a warrior woman on a mission. She graciously thanked her fellow nominees and the cast and crew of Boyhood and her loved ones but then read her written down speech. Many A-listers cheered her on including Meryl Streep and Jennifer Lopez.

Backstage after this speech, Arquette expanded on this topic in the press room. “People think we have equal rights; we don’t. Until we pass a constitutional amendment, we won’t have anything changed. It’s time for all women in America and all the men who love women and all the gay people and people of color that we’ve all fought for to fight for us now.” This statement landed Arquette in hot water, as many were disappointed (to say the least) by her lack of awareness as a white woman of privilege.

Her comments off-stage caused many to take a second look and point out that many women are people of color and part of the LGBT community and that calling on these groups to “fight for us” erases the experiences of non-white, non-straight women. Indeed, Arguette’s general points about wage inequality were powerful and spot-on, but her elaboration and call to LGBT people and people of color to support white women’s fight for such equality put a huge damper on the intent of her speech.

Here’s to hoping Ms. Arquette’s comments were taken somewhat out of context and that her feminism is more intersectional than she let on. For more information about this important moment at the 2015 Academy Awards, check out these resources from Bitch Media, Feministing, and Everyday Feminism.