Transgender Teen Leelah Alcorn: “My Death Needs to Mean Something” 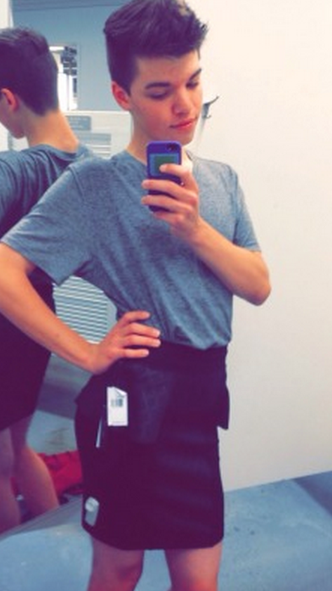 Transgender teen Leelah Alcorn: “My Death Needs to Mean Something.”

On December 28th, 17-year-old Leelah Alcorn died after being hit by a tractor-trailer while walking along a stretch of Interstate 71 near her Ohio hometown. The death was ruled a suicide after a pair of social media posts on Tumblr were discovered.

The teen’s suicide note, which she scheduled for to go live after her death, explained how she reached the breaking point. At 14, she had come out to her parents as transgender and they reacted by making her go to therapy and cutting her off from social media. After long periods of depression, she realized her parents wouldn’t ever come around. They would never accept her for who she was.

The passionate post talked about the despair she felt and hopes for a more inclusive future. The post was reposted over 200,000 times on Tumblr. After Alcorn’s suicide note was made public, hashtags with her named began circulating on Twitter. The teen left in her note that she wanted her death to “mean something.”

Many were shocked when the teen’s mother posted on social media explaining that her son had been hit by a truck while taking a walk. She said that he was going “home to heaven,” blatantly disregarding Leela’s suicide note and wish to be accepted and identified as female. While her parents are no doubt in a sea of grief over their child’s death, the post by Leela’s mother was a poignant reminder that this is the sad reality for many transgender teens across the country.

Alcorn has gained huge traction and caused a stir around problems facing young transgender people. By press time, 55k people* had signed a change.org petition to use Leelah’s chosen name on her headstone instead of the one she was given at birth, Joshua. The petition addresses Alcorn’s mother Carla L. Alcorn and asks to honor her chosen name on the headstone in true remembrance. There also was another petition going around Justice for Leelah asking President Obama to enact a law banning Conversion Therapy, the type that Leelah was forced to go to by her parents when she came out as transgender.

*As of January 7, 2015, 93,673 people have signed the petition. The change.org petition that pertains to the Conversion Therapy ban law has garnered 296,399 signatures.