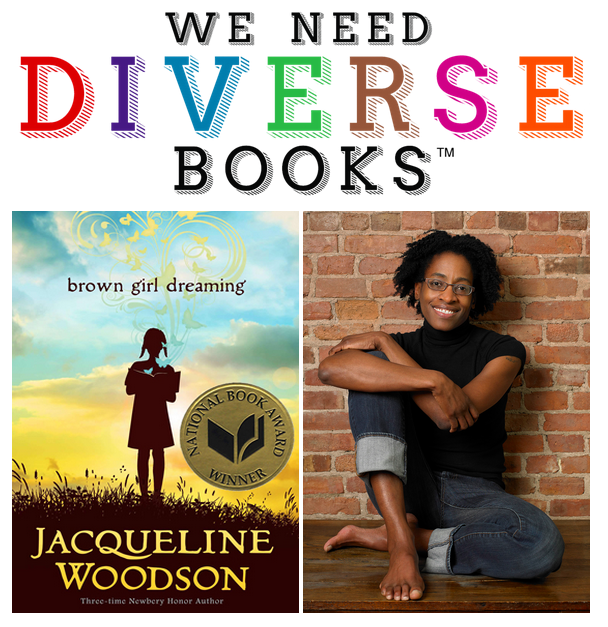 Recently author Daniel Handler, best known for his best-selling books A Series of Unfortunate Events, made some incredibly offensive comments while presenting Jacqueline Woodson the National Book Award. His “jokes,” laced with racist undertones and micro-aggressions, reminded everyone who was paying attention that Woodson’s craft and career as a writer would always be questioned because she is a woman of color.

As Bitch Media’s Vanessa Willoughby eloquently states, “This incident reinforces the fact that when you are a female writer, especially a female writer of color, you will never be seen as just a writer,” during the aftermath of the event. Jacqueline Woodson’s Brown Girl Dreaming has been met with much acclaim, but that didn’t stop Handler from calling more attention to her identity as a woman of color than to her actual accomplishments as an author.

Earlier this year, Publisher’s Weekly revealed that an astonishing 89 percent of publishing insiders are white, 3 percent are Asian, and that only one percent are African-American. “If the gatekeepers are overwhelmingly white, the industry becomes an echo chamber,” Willoughby points out. It’s also important to consider how the lack of diversity represented within the publishing industry is essentially a direct mirror to the lack of diversity represented in literature and in writers themselves.

One campaign that seeks to change this and demands equality in children’s literature is We Need Diverse Books. According to its mission statement,

We recognize all diverse experiences, including (but not limited to) LGBTQIA, people of color, gender diversity, people with disabilities, and ethnic, cultural, and religious minorities. Our mission is to promote or amplify diversification efforts and increase visibility for diverse books and authors, with a goal of empowering a wide range of readers in the process.

We Need Diverse Books reaches out to individuals and groups involved in children’s publishing including agents, publishers, authors, booksellers, librarians, and more. The organization recognizes the great lack of diversity represented in children’s books (and it other genres of literature), and works to raise awareness about this issue while also actively trying to create change within the publishing industry.

In a day and age when Jacqueline Woodson is being addressed in regards to her identity rather than her prowess as an author, even as she receives a huge literary honor, it is vital that more organizations like We Need Diverse Books work to advocate for diversity in literature. The lack of diversity in literature and the publishing industry is not an issue that can be solved overnight; however, We Need Diverse Books has started a conversation that many people are starting to think about and join in on.