This is What Good Parenting Looks Like: How One Family Is Creating A More Equal World for their Transgender Son 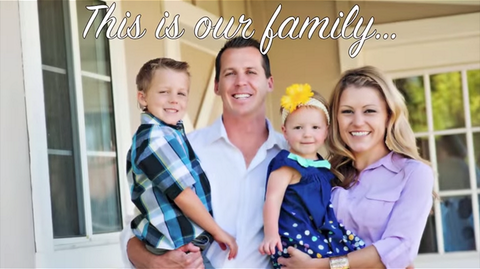 When parents Jeff and Hillary Whittington noticed that their five-year-old daughter Ryland was showing an immense aversion to anything feminine, instead of calling it a “passing phase,” they decided to listen. What they learned, through research and compassionate parenting, is something that has changed all of their lives: Ryland is transgender.

The Whittingtons knew that there was something different about Ryland from the moment he was able to express himself verbally and physically. He isn’t just a “tomboy,” but an actual boy who has desired short hair, male pronouns, and to be a brother to his little sister for as long as they can remember.

Although many parents perceive young children as not being developed enough to fully express themselves through gender or other identity markers, the Whittingtons have learned that a crucial part of Ryland’s development has involved recognizing and supporting his gender expression.

Experts say that most transgender children recognize their own gender between the ages of three and five years old. This is a pivotal time in a child’s life; it’s when they start to sense the level of support around them, and seek validation for their gender identity, just like Ryland did. The Whittingtons knew that they needed to be supportive of Ryland throughout his transition, but one harrowing statistic made them vow to be the best parents they could be to him. Explains GLAAD, “Jeff and Hillary were already planning on accepting their son for who he was. But after learning a startling statistic – that 41% of transgender people have attempted suicide due to lack of societal acceptance – they supported Ryland’s desire to transition as soon as possible.”

Soon after, the Whittingtons changed Ryland’s room, allowed him to dress in a way that best represents his gender, and perhaps most importantly, sent out a letter to friends and family members to inform them about their son’s transition. “We lost a few,” explain Jeff and Hillary, “but the people who truly matter stuck by us.” By educating themselves, reaching out to friends and family to advocate for their son, allowing Ryland to live the life he feels most comfortable living, and loving him unconditionally, the Whittingtons have proved that being a parent to a LGBT person doesn’t have to be filled with grief, hate, and turmoil.

Ryland spoke about being a transgender kid at the Harvey Milk Diversity Breakfast last month, telling the audience “I am the happiest I have been in my whole life,” and thanking his parents for their support. Jeff and Hillary Whittington have set the bar high for parents of transgender children, and we couldn’t be more glad they did.