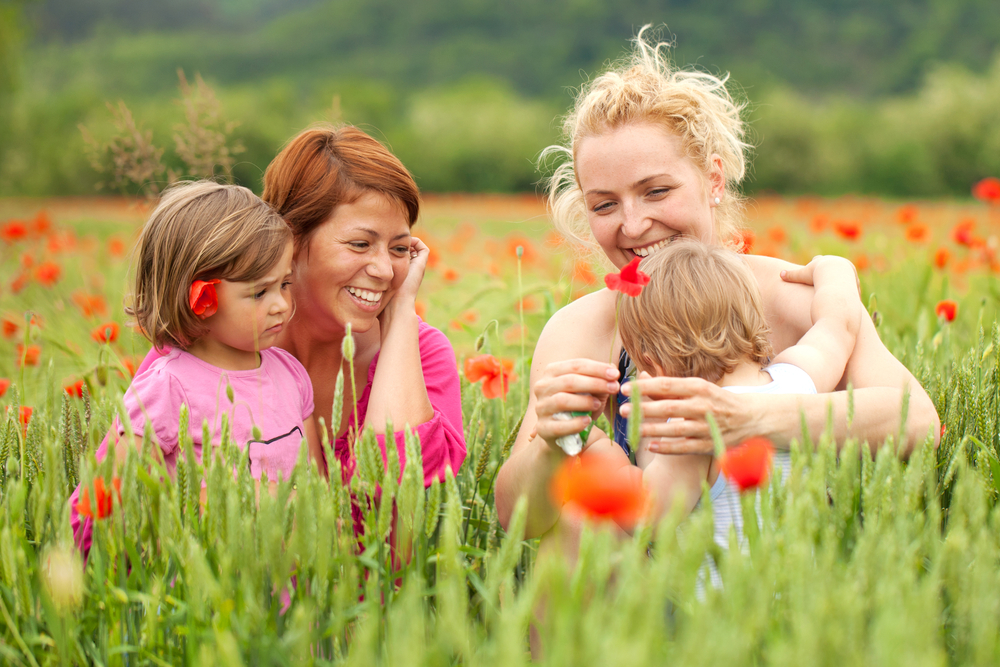 Mother’s Day, “Hallmark Holiday” as it may be, is something that many people take very seriously. A lighthearted celebratory occasion, Mother’s Day originated as an opportunity to commemorate all of the world’s mothers for their influence, hard work, and unconditional love. It’s interesting to consider that when Anna Jarvis first created the holiday in the early 1900s, she probably had no idea that someday families would look a whole lot less conventional than they did in the era she grew up in. 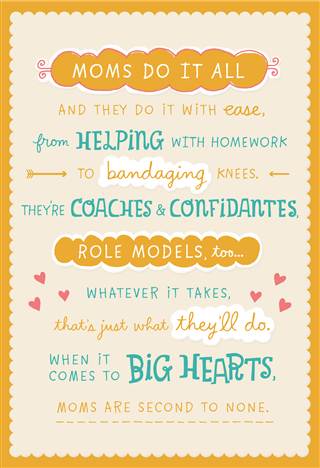 The inside reads: “How does anyone ever get by with just one?” / Image: via Hallmark

Today, some families have a mother and a father, two fathers, two mothers, more than two parental figures, only one guardian, or no biological parents at all. For many lesbian couples, Mother’s Day has served more as a complicated topic to breach than a special day filled with celebration. It goes without saying that two moms are better than one, but with little to no media representation or mainstream acknowledgement of these kinds of families, it sure makes Mother’s Day feel like a cultural traditional that non-traditional families don’t have equal access to.

Take Hallmark for example. The greeting card and gift company has a history of being exclusive and for creating products that don’t fully capture the nuances of contemporary family life. Each year, the company prints hundreds of greeting cards for Mother’s Day, and yet, almost none of these cards have been able to effectively convey the importance of Mother’s Day for families that have more than one mother.

Happily, Hallmark is upping its game this year to be a little more inclusive of families that have more than one mom. The Huffington Post reports, “Hallmark has expanded its greeting card line to offer an option for families who may have more than one mother to honor this coming holiday. The company announced this week that they would be releasing Mother’s Day card options specific to families with same-sex parents.”

Finally, the greeting card company has found a way to acknowledge that not all families look the same, and that same-sex parents head many of them. It may seem like an insignificant thing to be concerned with, but inclusivity and visibility in mainstream culture is a huge issue that the LGBT community constantly fights to earn more of. This Mother’s Day, it’s nice to know that some progress is being made; that kind of social change is even more special than a greeting card anyway, don’t you think?