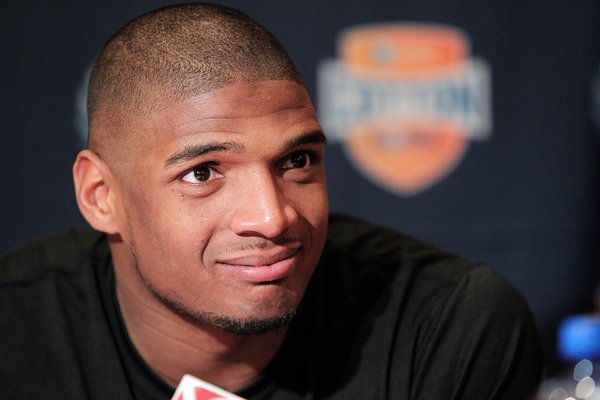 Earlier this month, college football star Michael Sam came out publicly as gay in a poignant interview with The New York Times. Sam, a defensive lineman for the University of Missouri, had already come out to his teammates and family, all of whom have been reportedly very supportive. “I looked in their eyes, and they just started shaking their heads – like, finally he came out,” Sam told The New York Times, about the first time he confided in his teammates about his sexual orientation. 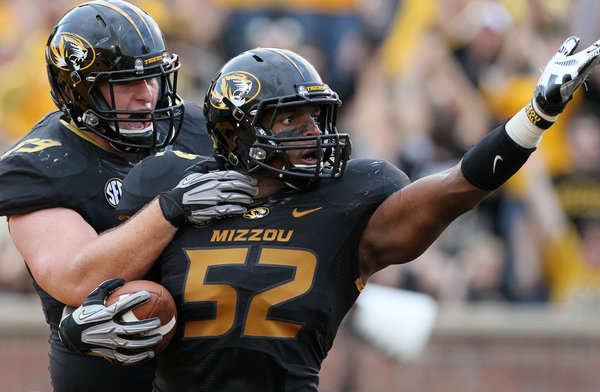 Although not yet part of the National Football League (NFL), Sam is considered one of the best prospective professional players; many predict that he will get picked up during the NFL Summer draft. The world of professional sports, especially the NFL, has been criticized in the past for the ways it deals with LGBT issues. Professional sports are a notoriously unsafe and unwelcome place for gay players. By coming out even before being drafted, Sam has courageously chosen to risk his career by honoring what he calls “his truth.”

As The New York Times’ John Branch puts it, “Now Mr. Sam enters an uncharted area of the sports landscape. He is making his public declaration before he is drafted, to the potential detriment to his professional career. And he is doing so as he prepares to enter a league with an overtly macho culture, where controversies over homophobia have attracted recent attention.”

So far, the “overtly macho culture” that Branch refers to has been markedly supportive. The NFL issued a statement in regards to Michael Sam’s coming out: “We admire Michael Sam’s honesty and courage. Michael is a football player. Any player with ability and determination can succeed in the NFL. We look forward to welcoming and supporting Michael Sam in 2014.” Other NFL coaches and executives such as Patriots owner Robert Kraft and Green Bay Packers coach Mike McCarthy have mimicked the NFL’s stance; many have come out in support of Sam, arguing that his football talent has nothing to do with his being gay.

When athletes like Michael Sam, Brittney Griner, and Jason Collins are open about their sexuality, it opens the door for other LGBT athletes who hope to be accepted in professional sports. Michael Sam wanted to tell his own story and share his own truth; his courage will certainly inspire others to do the same.