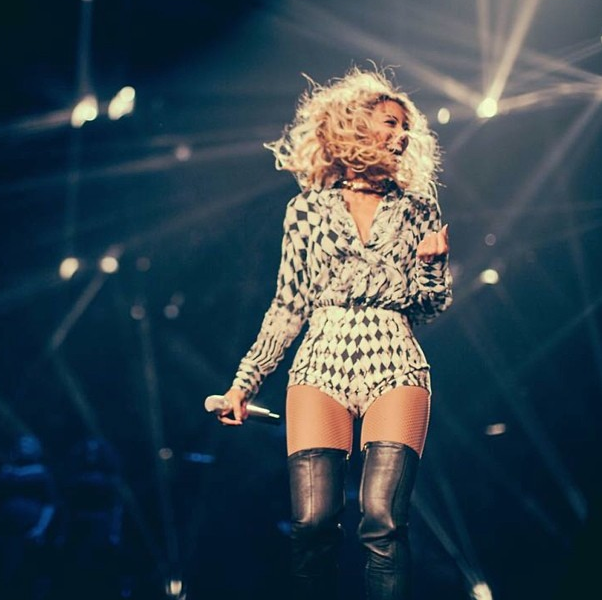 Beyoncé is considered by many to be a contemporary “gay icon.”
Image: beyonce via Instagram

Are you still looking for a saucy, sweet gift for your special someone for Valentine’s Day? You might want to look no further than Beyoncé’s “Yours and Mine” underwear line. Unlike the standard “his and hers” packages of lingerie, pajamas, and other apparel, Beyoncé chose to approach the adorable couples gift in a more inclusive way, offering bundles of underwear for couples of all kinds. Finally, a product for couples that doesn’t feature exclusively heterosexual undertones!

Each box set of underwear comes with your choice of “Yours” and “Mine” boy shorts and boxers, and any combination is available. Do you and your girlfriend both prefer boxers? Does your partner feel the most comfortable in boy shorts? Mixing and matching the “Yours” and “Mine” emblazoned underwear is easy, and makes for one perfect gift for Valentine’s Day, or any occasion. The underwear itself is understated and cute, as is the LGBT-friendly packaging, which is inclusive of all couples in love.

It’s no surprise that Beyoncé wants to be openly inclusive of all kinds of relationships. She is among a growing number of celebrities including Anne Hathaway and Ben Affleck that are open about their support of the LGBT community. After the U.S. Supreme Court struck down the Defense of Marriage Act last spring, the acclaimed singer took to Instagram to show her support of same-sex marriage. In a handwritten note that referenced one of her most popular songs Beyoncé wrote, “If you like it you should be able to put a ring on it,” of her support of couples of all kinds. Beyoncé has also mentioned in interviews that she is flattered to be considered a “gay icon,” and cites her emboldened attitude towards love and sexuality as a reason she resonates with gay fans.

Take a peek at Beyoncé’s inclusive line of lingerie on her website!