To Russia With (Gay) Love 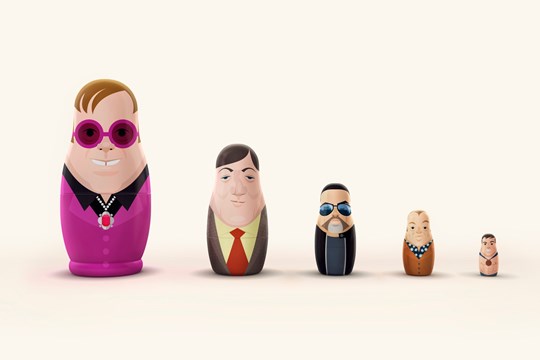 Mother London, a New York and London-based advertisement agency, is raising funds to support the Russian LGBT community this Christmas. LGBT pride meets Russian culture in “To Russia With Love,” a benefit project conceived by the team at Mother London. “To Russia With Love” will feature five nesting, or matryoshka dolls, but instead of painting them with traditional Russian emblems, they will represent five of Britain’s biggest gay icons. 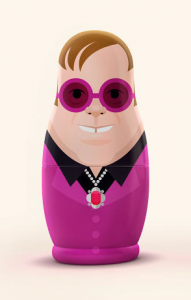 According to Mother London, “The Russian LGBT community is facing increasingly harsh treatment at the hands of the authorities. Attacks on gay people are rising, in a country where homosexuality has been classified as a mental illness since 1999. In short, the Russian gay community needs help. So, this Christmas, Mother is sending something To Russia With Love.” Designed by illustrator Stanley Chow and crafted by Paul Baker at 3D Studios, the dolls were created in the likeness of Elton John, George Michael, Stephen Fry, Graham Norton, and Tom Daley. All proceeds from the auction of the gay nesting dolls will go towards the Kaleidoscope Trust.

The Kaleidoscope Trust is a UK-based organization that works with parliaments, government leaders, and other policy makers to try and effect real change in the lives of LGBTs around the world. The organization explains that, “When invited to do so, we stand with local activists and organizations in trying to move public and political opinion in favour of human rights for all.” The Kaleidoscope Trust knows first hand that there is no “one size fits all” solution to ending discrimination, and their experience in Kenya, Ukraine, India, Trinidad and Tobago, and other countries has allowed the organization to become adaptable and even more determined to uphold the rights of LGBTs.

For more information about Mother London’s “To Russia With Love” project, click here.