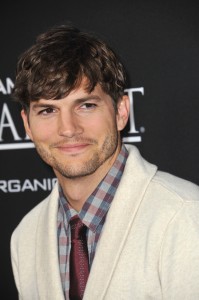 Oh, if only the world really were equal.  Things would be so simple.  Yet, as most of us know, this world is very far from equal.  One example is to compare the average Walmart employee with the average stockbroker.  One earns minimum wage and the other likely earns a six figure salary.  They both go to work and work hard every day.  Yet, they do not even earn near the same amount.  This is not to say working at Walmart is equivalent to knowing how to be a stockbroker.  It just shows that there is a vast disparity between jobs, opportunities, wages, and lives because of it.

Ashton Kutcher took this on in a Twitter conversation with @WalmartNewsroom.  Kutcher started the debate by Tweeting about the fact that workers at an Ohio Walmart banded together and started a food collection charity so all the associates in need could have Thanksgiving dinner.  He wrote, “Walmart is your profit margin so important you can’t Pay Your Employees enough to be above the poverty line?”

At that point, Walmart sent Kutcher a video called “Opportunity and Benefits at Walmart.”  It’s a piece of propaganda if ever there was one.  Yet, if that is all you had seen, you might think Walmart is a great place to work – full of opportunities.  It tells how one man got education credits.  One woman talks about how you can get health insurance starting at just $40 per month. (Notice it does not say Walmart pays for their health insurance, because it doesn’t!)  It tells about how even part-time employees can get benefits.  It is very vague about what kind of benefits those part-time employees earn.

The video was accompanied by the statement that, “We know you believe in opportunity like we do & we’d love to talk to you more about it.”

Interesting wording – as if anyone would not “believe in opportunity.”  Kutcher quickly cut to the chase and said “You had 17 billion in profits last year. You’re a $260 billion company. What are we missing?”

Walmart sent a tweet saying most of their employees earn more than $25,000 per year.

In the end, Kutcher quoted a blog post on a study that estimated how much Walmart workers rely on public assistance.  He said, “Walmart should be the leaders not the low water mark.”  Amen.