The Future of ENDA Lies In the House’s Hands 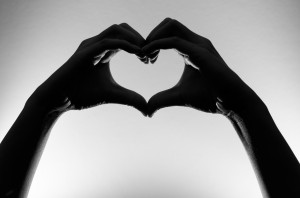 ENDA is in the House’s hands.
Image: Shutterstock

Last week, the United States Senate passed legislation created to protect LGBT employees from workplace discrimination. The Employment Non-Discrimination Act (ENDA) was approved by the Senate in a bipartisan vote of 64-32, and now it’s up to the House to help further this civil rights bill. Doing so would liberate countless Americans from fear of being victimized in the workplace.

Although the preliminary stages of passing the bill have been successful, some are concerned that this next step may prove to be insurmountable. John Boehner, the current Speaker of the House of Representatives has publicly stated his distaste for ENDA, despite other Republicans voting in favor of it becoming law. Many Americans, LGBTs and otherwise, want ENDA to pass the House, and polls show that huge percentages of people aren’t even aware that it isn’t a law already.

Project Right Side, a nonprofit organization founded by Ken Mehlman, a political strategist and openly gay Republican, found evidence that illustrates how few Americans even know that workplace discrimination based on sexual orientation isn’t illegal. The organization was created to provide research and analysis to improve the political climate for gay and lesbian issues across the political spectrum. Their analytical insights into public opinion of LGBT issues indicate that ENDA is very favorable among most Americans – as it should be, considering how plain and simply, it is a matter of civil rights.

According to Ari Fleischer, a contributor for Politico,

“At it’s core, the Employment Non-Discrimination Act is about individual liberty…Since the 1960s, Congress has passed laws ensuring that employers can’t discriminate on the basis of race, religion, or gender – personal characteristics that have nothing to do with how well someone does his or her job…The same sense of fairness and respect should apply to the hundreds of thousands of qualified, hardworking Americans covered by ENDA.”

As Fleischer so eloquently puts it, ENDA is a bill based on the liberties of all American citizens. Unfortunately, despite evidence that shows overwhelming support for ENDA, there are still many stages it must endure before it becomes the law of the land.