Hollaback: Ending Street Harassment One City at a Time 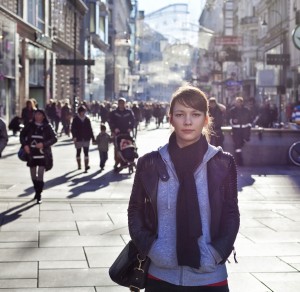 No one should have to deal with street harassment.
Image: Shutterstock

Did you know that somewhere between 80-90% of women around the world have been harassed in public? Street harassment is a social epidemic that can affect anyone, regardless of their gender, race, body type, sexual orientation, or gender identity.

While some street harassers try and justify their cat-calls and sexual harassment by categorizing their words as “compliments,” anyone who has experienced street harassment would beg to differ: it’s a form of verbal abuse that generally makes the recipient uncomfortable or even afraid.

We change our travel routes, keep our heads down, carry pepper spray, grip our keys tightly, and hope that no one will notice us when we pass by. That’s not what a “compliment” would do.

Hollaback is a nonprofit organization working hard to fight against street harassment for good. Local activists in cities and countries around the world work with Hollaback to share survival stories and empower people everywhere to end the devastating trend.

To learn more about Hollaback’s mission and accomplishments, check out their complete profile on One Equal World.