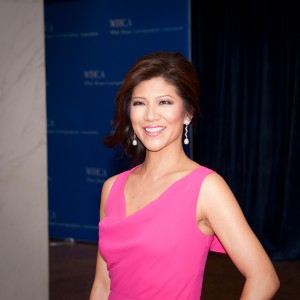 On a recent segment of “The Talk,” a morning talk show on CBS, former news anchor and television host Julie Chen disclosed some very personal, harrowing information. She confessed to her co-hosts, her live audience, and to thousands of home viewers that she had undergone plastic surgery to further her career.

Chen, a Chinese-American woman, shared her experience as part of an episode dedicated to revealing secrets. Nowadays, media personalities and actors undergo plastic surgery as often as some people get their hair trimmed, so what was so shocking about Chen’s confession? The room fell silent as the television host explained that her choice to undergo surgery was sparked by workplace racism and the valuation of Western beauty standards. She felt pressured to “get her Asian eyes fixed” she said, because it was the only way to further her career in television.

Chen explained that while working as a local reporter at a small news channel in Ohio, her white, male boss informed her that she would never become a news anchor “because she was Chinese.” Upon seeking guidance from one of the best agents in the entertainment industry, she received another blatantly racist message: that she would need to undergo surgery in order to forward her career.

Chen’s poignant confession is incredibly disturbing, and indicative of a culture that most values whiteness. She wasn’t being sensitive to one isolated, bigoted comment; she endured continual racism throughout her early career, and her experiences are sadly not uncommon. Chen experienced firsthand the racism that exists in our culture; she quickly learned that assimilating to Western beauty standards, which for her meant changing the shape of her eyelids, was the only way she would succeed in television. At twenty-five, Chen underwent a procedure to trim excess skin found above her eyelids in order to appear less Asian. She says it was a decision that ultimately shaped her career.

While Chen claims that she has no regrets about her eye surgery, what message does her decision send to women of minority groups who feel pressure to conform to standards of westernized, white beauty? What do you think about Chen’s decision?