“Beauty” Pageants: Empowering Competitions or a Step Backwards for Women?

If asked, I think that most people have some sort of opinion about beauty pageants. Although many abhor such pageants for the way they champion women’s bodies under the guise of scholarship, these annual events make up a massive facet of our culture. There have been films made about beauty pageants (both satirical and dramatic), and television shows that chronicle the lengths that mothers and daughters will go to win the coveted first place title. The Miss America Pageant, one of the most famous in the world, has invited a representative from each state to participate in a beauty competition that focuses on “style, service, scholarship, and success” since 1921.

Obviously there is a huge want for these pageants, and let’s be honest, they really do blatantly explore what popular media tells us covertly on a daily basis: “beauty” is valued in our culture. Despite many pageants claiming to be founded on scholarship, beauty queens have earned a reputation for being shallow, ditzy, albeit stylish, women. Similarly troubling is how the pageant circuit aimed at younger girls is notorious for sexualizing children (“Toddlers and Tiaras,” anyone?). 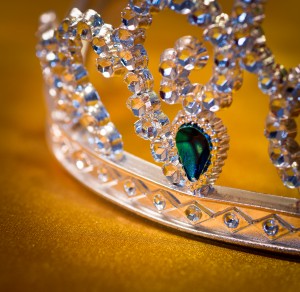 On the one hand, striving to be the best version of yourself, with a focus on service to your community, academic scholarship, and personal success seems like it could be an empowering event for women to participate in. But the reality of these pageants have many people asking, Can women be valued for their intellect and ambition without being judged for what they look like in swimwear?

One competition that is new to the cultural phenomena that are beauty pageants is the Miss Arab USA Pageant, which began in 2010. What makes this pageant different from others? Unfortunately, not much, except for the fact that this competition puts more emphasis on the beauty of Arab culture, and less on the physical beauty of its contestants. The Arab-American contestants will be judged based on their “general elegance, education and world knowledge, skill set, talents, community involvement and service,” and there will be no body qualifications to determine a winner. According to the organization, “The Goal of this Pageant is to select a Honorable Arab young lady to represent our Culture in the US for 12 months. Miss Arab Pageant will be different than any other Pageants around the world,” explaining that instead of physical attractiveness, this competition prides the “beauty of the mind.”

One immensely positive facet of the Miss Arab USA Pageant is the attention it brings to Arab-American women who, among other women of color, are drastically underrepresented in competitions such as the Miss America Pageant, which champions “beauty,” particularly notions of mainstream western beauty. Every pageant has its pitfalls, but is the concept of Miss Arab USA a step forward for women?

What do you think about beauty pageants and the way they impact our culture?