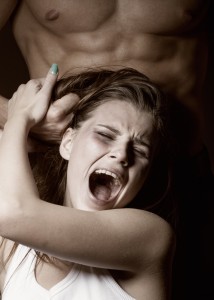 A man performed an experiment in the middle of a housing complex in Johannesburg.  He wanted to see what would happen.  The first night of the experiment, he played a drum set at full volume.  Eventually many people knocked on the door to ask him to quiet down.

One man said, “Yeah, but, you know, you you’re living in a community here.  You can’t be doing this in the middle of a complex.”  Another delivered a note reading, “The neighbors across the wall are complaining about the drumming noise.”  At least five people complained.

You would think that was the worst thing he could have done.  However, that’s not so.  Another night, in the same complex, the man played a recording of a couple having an extremely loud fight.  It sounded like the man was nearly killing the woman. You hear screams and shouts of pain.

The experimenter waited and waited.  Despite the noise, this time, not one single person came by to help.  Nobody complained about the noise.  He just shook his head in sadness.

The video was real, although the altercation was not.  It’s shocking to think that people will not help if they hear a murder.  Every year 1,400 women are killed by their partners. Every year, thousands of people are beat up or killed for their sexual orientation or gender identity. This has got to stop.

The video was produced by POWA, or People Opposing Women Abuse.  They work to stop violence against women.  Their website has the quote, “A woman with a voice is, by definition, a strong woman.  But the search to find that voice can be incredibly difficult,” from Melinda Gates.