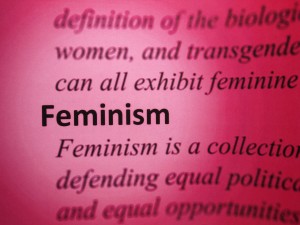 When seventeen-year-old Jinan Younis started a “Feminist Society” at her high school, she received an overwhelmingly hateful response from her male peers. A self-identified feminist, the teen was inspired to create a space for like-minded students in her school after she experienced aggressive and offensive street harassment. She also recognized a need for a community that supported her female peers, who Younis believes are adversely affected by pressures associated with gender.

The backlash ignited by the establishment of the Feminist Society was difficult for Younis and her feminist comrades to combat, but gave further reason for the need for such a group in the first place. Younis explains, in a blog entry for The Guardian, “I fear that many boys of my age fundamentally don’t respect women…they don’t think of us as intellectual equals, highlighted by accusations of being hysterical and over sensitive when we attempted to discuss serious issues facing women.”

The teen, alongside her peers, has courageously fought to keep the Feminist Society active with campaigns to raise awareness about women’s issues, despite a lack of support from school administration. The group has endured continuous harassment by male students who have verbally assaulted the Feminist Society on social media and in school. Younis explains, “We, a group of 16, 17, and 18-year-old-girls, have made ourselves vulnerable by talking about our experiences of sexual and gender oppression only to elicit the wrath of our male peer group,” to which she says, her school did nothing to rectify. 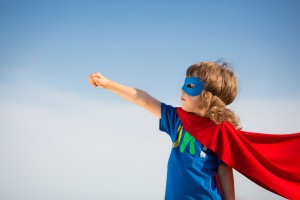 Such a negative response only served to illustrate just why the society was needed.
Image: Shutterstock

Younis and her group are appalled that there is still such hostility directed towards young women seeking to raise awareness about equality and call attention to issues that young women face. In a recent campaign, members of the group took photos of themselves holding signs about why they need feminism. Some of the signs read:

“I need feminism because we all need an equally beautiful life.”

“I need feminism because 1 in 4 women are sexually assaulted.”

“I need feminism because people still ask what the victim was wearing.”

Another glaring reason for a need of feminism in every woman’s life is the amount of backlash that Younis and her peers received in their formation of a Feminist Society at school, something that should have been praised, and not disrespected. Why do you need feminism is your life?