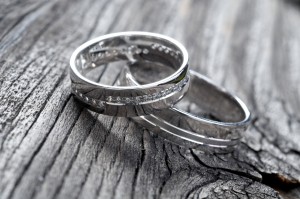 Though DOMA has been repealed, the fight is not yet over.
Image: Shutterstock

After a weekend of pride parades around the country celebrating the demise of DOMA, we can rejoice.  Now that the Supreme Court has repealed the Defense of Marriage Act, many people are asking what comes next.  The ruling comes with many implications about filing taxes, receiving job benefits and even where you can live.

“We…have work to do. The president, as you know, has directed his administration to go through the federal laws that affect marriage equality…in our country. And yes, we would like to see it be the law of the land upheld as a constitutional right and no discrimination,” said Nancy Pelosi, House Minority Leader.

The new rights can be confusing. Some gay and lesbian couples are asking their local CPAs if they should file an amended tax return.  The simple answer is that it depends on where you live and how much you earn.

As for the IRS, they say they are “reviewing” the Supreme Court ruling, and they say they will provide new guidelines “in the near future.”

One issue will be whether marriages are still valid when same-sex couples move to states where same-sex marriage is illegal.
Image: Shutterstock

President Obama has given some feedback following the ruling.  He said, “It’s my personal belief, but I’m speaking now as a president as opposed to as a lawyer, that if you’ve been married in Massachusetts and you move someplace else, you’re still married.”

That has been one of the sticky points about the law, and the new changes.  If you live in a state where gay marriage is legal, and then you move to one where it isn’t, that new state can choose not to recognize the marriage.  It may deter people from moving.  Some agencies are trying to remedy this.

There is still much discrimination, and that is not going to change overnight.  There are still 29 states in which you can still get fired due to your sexual orientation.  The fight is not over yet.

It does seem that, along with recognition from the Supreme Court, the federal government and many states, the tide is turning.  There are more people than ever in favor of gay and lesbian rights, even those who were traditionally against it.

“If you look at the history of marriage from the beginning, what you see is that after states pass civil marriage, support invariably grows across party lines. Look at Massachusetts and New Hampshire, both states where marriage equality laws were passed with fewer Republicans, but ultimately Republicans and Democrats came around to embrace gay marriage,” said Republican businessman Ken Mehlman. “As people see what happens when people are treated equally under the law, when there is the opportunity for civil marriage, they see their family values being enhanced, they see their community values getting stronger.”