Exodus International to Shut Down after 37 Years of ‘Curing Homosexuality’

Exodus International recently announced it will be closing after nearly forty years.

After more than three decades of offering Christian-based support and aid to those who wish to be cured of their same-sex attraction, Exodus International has released a statement that it will close its doors. The organization has grown to include over 200 ministries since 1976, all of which offer “reparative therapy” such as counseling and other resources for homosexuals who seek religious guidance. Their Mission Statement is short and to the point; Exodus International’s mission has been to “Mobilize the body of Christ to minister grace and truth to a world impacted by homosexuality.”

The organization has a history of instilling guilt and shame in those who seek their services for a cure to their sexual attractions. Exodus International has long promoted their belief that homosexuality can be cured, something which President Alan Chambers has since retracted in the wake of the organization’s termination.

Chambers has issued a public apology in which he laments, “It is strange to be someone who has both been hurt by the church’s treatment of the LGBT community, and also to be someone who must apologize for being part of the very system of ignorance that perpetuated that hurt.” His apology attempts to reach all those he and Exodus International have harmed over its many years in existence. He shamefully apologizes, 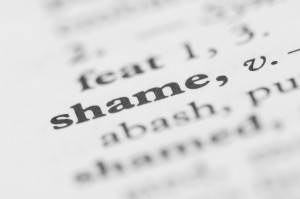 President Alan Chambers issued a heartfelt public apology, but for some it comes too late.
Image: Shutterstock

It appears that Chambers is filled with a wrenching, guilt-induced remorse for all those impacted by the organization, but for many, this apology comes far too late. The damage and shame that Exodus International has caused countless individuals is part of the reason why the organization will be closing.

The full text of his public apology can be found here.