Macklemore On Misogyny And Homophobia 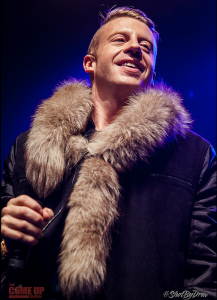 Rap music has long been a powerful way to spread a message. It has been used to argue for equal rights, make political commentary, and spread hope. But even in the rap world, there are still topics that are “taboo.” Two of those topics are misogyny and homophobia, and many rappers are leaving those issues alone, letting them continue and sometimes even contributing to them.

But Macklemore isn’t like all the rest. He and producer Ryan Lewis are making a stand for equality–for both women and LGBT people. For Macklemore, homophobia is a deep-rooted issue that strikes close to his heart, and it is one that needs to be fought hard.

And with his help, the message is spreading farther and faster than before. Music, especially rap, is powerful.

To read more about how Macklemore is fighting homophobia and misogyny through his music and public support, check out his full profile.