HBO’s Laughing All the Way to the Bank.

Steven Soderbergh’s “Behind The Candelabra” would have undoubtedly received countless Oscar nods for its intensely provocative performances from an all-star cast, and cinematography evocative of a well-captured period piece, of a truly seasoned director. 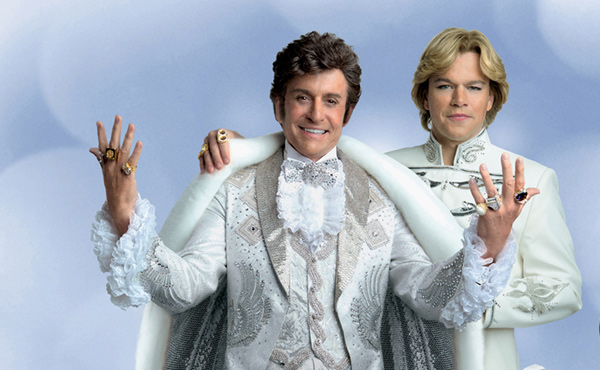 Michael Douglas and Matt Damon star in “Behind the Candelabra”

It might have made millions at the box office. It might have even taken home “Best Picture” at the 2014 Academy Awards. It could have done all of these things and more, that is, if any producers in Hollywood would have taken a chance on it.

“Behind the Candelabra,” speculated to be the last film of Soderbergh’s directorial career, has already gained immense popularity at the Cannes Film Festival, and is set to air as a much-anticipated biopic on HBO in May. In interviews earlier this year, Soderbergh discussed how no production companies wanted to take on the film, which is why he eventually turned to HBO. He explains,

“Nobody would make it…We went to everybody in town. They all said it was too gay. And this is after ‘Brokeback Mountain,’ by the way, which is not as funny as this movie. I was stunned. It made no sense…” 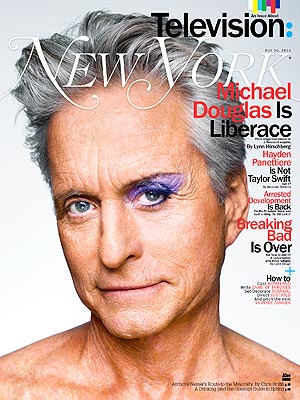 “Behind the Candelabra” takes a behind-the-scenes look at the tumultuous, secret relationship between flamboyant entertainer Liberace and a much younger Scott Thorson, played by Academy-Award winning actors Michael Douglas and Matt Damon, respectively. The film traces their relationship, from its innocent beginnings to its very public, ugly end, while examining Liberace’s famously extravagant lifestyle, juxtaposed with his need to keep his sexual orientation hidden.

The real-life drama surrounding Liberace made headlines constantly during public legal battles and his untimely death linked to AIDS in 1985. Almost everyone is familiar with Liberace, if not with his work in entertainment, than with the rumors that engulfed him as his relationship with Thorson imploded publicly.

Why then, is Liberace, a real-life gay man, “too gay” for Hollywood? An unsettling reality is that production companies have control over what the public can see, even in entertainment. Luckily, HBO believed that the film itself is a story that deserves to be told. Tune in to HBO on Sunday, May 26th at 9pm to watch “Behind the Candelabra.”