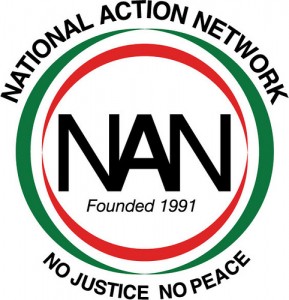 The National Action Network (NAN) is a leading civil rights organization in the United States and is dedicated to promoting equal opportunities, justice, and decency for all people—no matter their race, religion, gender, or origin. And though idealists like to think otherwise, the battle is far from over.

NAN was founded in 1991 by Reverend Al Sharpton, who is a cuts a controversial figure with his sometimes radical methods. He has been criticized by some and praised by others, both of which he takes in stride. “In many ways, what they consider criticism is complementing my job,” he said. “An activist’s job is to make public civil rights issues until there can be a climate for change.”

And with the strong hierarchical structure the nation’s wealth has fallen into, NAN’s mission is an important one. Millions have joined in on protests like those of the Occupy Movement, and as our country faces continued economic hardship, we seem to be more divided than ever.

NAN’s’ National Convention recently took place, the 2013 gathering becoming the organization’s largest convention in its history. At it, NAN announced major action plans involving diversity and inclusion, formed an alert watch for upcoming Supreme Court decisions on the Voting Rights Act, and even held a panel on the future of affordable housing.

As a nation, we have made significant progress on the equality front since our humble beginnings. But there is still work to do. Let’s continue working toward greatness.