5 Religious Victories for LGBT Equality in 2012 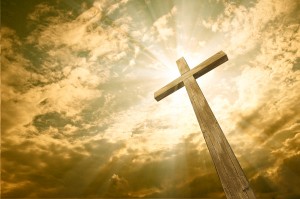 The LGBT movement has had several religious victories this year.
Image: Shutterstock

2012 has brought the LGBT movement many victories, and hopefully 2013 will prove to be just as progressive. One of the biggest areas of gain in the past few years has been on the religious front.

Obviously, one of the biggest wins this year was the fact that popular vote in Maine, Maryland, and Washington legalized same-sex marriage and Minnesota shot down a bill aimed at making same-sex marriage illegal. Some of the biggest contributors to these movements were pro-LGBT faith organizations. Each state had a dedicated “faith director” and many religious organizations stepped up to promote equal rights.

Secondly, despite the fact that the Roman Catholic hierarchy is perhaps the single most powerful opponent to LGBT rights, last year saw Catholic political leaders passing marriage equality legislation. Catholic voters also showed that they’re not necessarily in agreement with many of the anti-gay Bishops when they voted for LGBT equality.

Students at very conservative religious colleges are also stepping up their game, becoming a valuable part of the LGBT rights movement on and off campus. Students have brought up issues such as the treatment of LGBT students. LGBT student organizations were also founded this past year, decrying the open discrimination against LGBT students and staff.

Mormon LGBT leaders have also stepped out from the shadows this year. Despite the fact that the religious organization was the backbone for California’s 2008 Proposition 8, many individual Mormons have begun to support the LGBT movement, such as former Bishop Kevin Kloosterman. This small attitude adjustment is promoting change among other members of the church, and although the movement is still small, it will continue to grow.

The Episcopal Church passed four new resolutions this year, addressing LGBT rights and equality both in the church and in society. They supported the repeal of DOMA and the passage of anti-bullying legislation, and also passed a rite of blessing for same-sex couples. In addition, the church passed a non-discrimination policy for transgender people, allowing inclusion as both church members and as leaders.