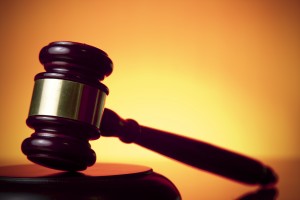 The Supreme Court will rule on same-sex marriage cases this session.
Image: Shutterstock

This Friday marks a day many of us have been waiting for since DOMA and Proposition 8 were passed. It’s the day the nine Supreme Court justices will convene once more and decide whether to hear cases that will determine whether or not LGBT people have the legal right to marry their same sex partners.

Rights are a fundamental part of life. They are those things we view as basic freedoms that shouldn’t be denied or taken away. But that’s just what DOMA and Proposition 8 have done, and that’s why the Supreme Court’s decision Friday will be monumental.

Proposition 8 has already been struck down by the 9th Circuit Court of Appeals, who in February ruled that it “serves no purpose, and has no effect, other than to lessen the status and human dignity of gays and lesbians in California and to officially reclassify their relationship and families as inferior to those of opposite-sex couples.” DOMA has also been struck down as unconstitutional in multiple courts. Even the federal government began refusing to defend DOMA beginning in 2011, saying it was unconstitutional.

Supporters of Proposition 8 say they aren’t trying to discriminate against LGBT people; they just don’t want to fundamentally define marriage, which is traditionally between a man and a woman. But The Declaration of Independence states, “We hold these truths to be self-evident, that all men are created equal, that they are endowed by their creator with certain unalienable rights that among these are Life, Liberty, and the pursuit of Happiness” (emphasis added).

The right to love who we will, marry, and have a family how we choose is certainly one of those natural rights, isn’t it?

If the Supreme Court declines to hear the DOMA and Proposition 8 cases, previous rulings from lower courts will stand, making same-sex marriage in California legal again, for one. But if they choose to hear the cases, they will make a decision that will go into effect federally, possibly striking down DOMA for good and granting the inarguable right of LGBT people to marry federally.