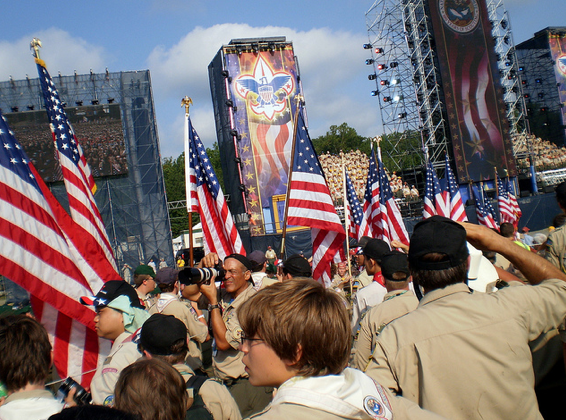 It’s a hard-knock life for the Boy Scouts of America these days—not that it’s completely undeserved. The organization has been under scrutiny in recent months for a sexual abuse lawsuit that forced them to release thousands of confidential files to prosecutors. The files documented a multitude of cases where scouts had been sexually abused by their scout leaders—many of which were never reported to the proper law enforcement agency.

The release of the reports has resulted in lost funding for the Scouts, but it doesn’t end there. More recently, there have been reports that the Boy Scouts of America discriminates on the basis of sexuality. Since then, UPS has pulled the plug on its grant funding.

Kristen Petrella, spokeswoman for UPS released a statement today that explained, “Groups applying for the foundation grants will have to adhere to the same standards UPS does, by not discriminating against anyone based on race, religion, disability, or sexual orientation.”

In 2005, UPS lost a major court battle over discrimination—they had denied health benefits to couples that were born the same sex—so it’s no surprise that they’ve chosen to discontinue funding with an organization that could take them back down that road.

“These types of contributions go directly to serving young people in local councils and this decision will negatively impact youth,” argued the Scouts’ Public Relations Director in Irving, TX, Deron Smith. “Through 110,000 units, scouting represents millions of youth and adult members in diverse communities across the nation, each with a variety of beliefs on this topic.”

It looks like the time has come for the Scouts to re-evaluate their national policies regarding discrimination. As a charitable organization supposedly dedicated to facilitating healthy physical and mental growth in young boys and men, it’s unacceptable for them to allow such discrimination to continue within individual constituents.